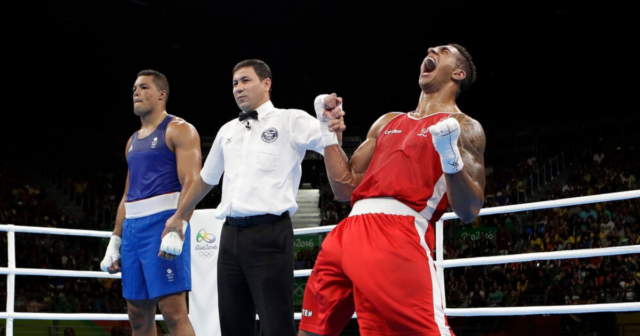 JOE JOYCE has called for the International Olympic Committee to award him a gold medal following the news his 2016 super-heavyweight final was one of the manipulated matches at the Rio Games.

A report from Professor Richard McLaren revealed this week that 11 matches at the Games – including Joyce’s clash with France’s Tony Yoka – was subject to a ‘system of manipulation’. 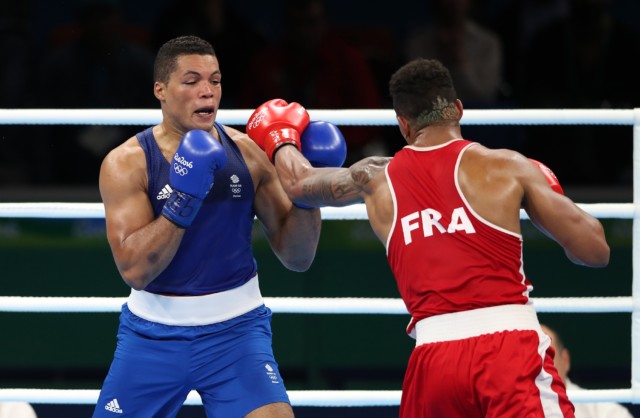 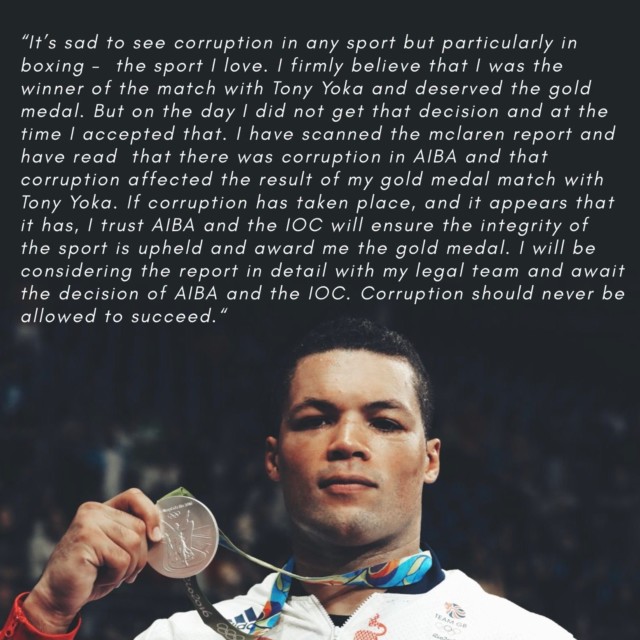 Joe Joyce’s statement on the corruption at Rio 2016

The Juggernaut said in a statement: “It’s sad to see corruption in any sport but particular in boxing – the sport I love.

“I firmly believe that I was the winner of the match with Tony Yoka and deserved the gold medal.

“But on the day, I did not get that decision and at the time I accepted that.

“I scanned the Mclaren report and have read that there was corruption in the AIBA and that corruption affected the result of my gold medal match with Tony Yoka.

“If corruption has taken place, and it appears that it has, I trust AIBA and the IOC will ensure the integrity of the sport is upheld and award me the gold medal.

“I will be considering the report in detail with my legal team and await the decision of AIBA and the IOC.

“Corruption should never be allowed to succeed.”

According to the McLaren report, judges ‘used signals’ to fix multiple bouts – including Michael Conlan’s controversial loss to Vladimir Nikitin.

New AIBA chief Umar Kremlev said in a statement: “Aiba hired Professor McLaren because we have nothing to hide. 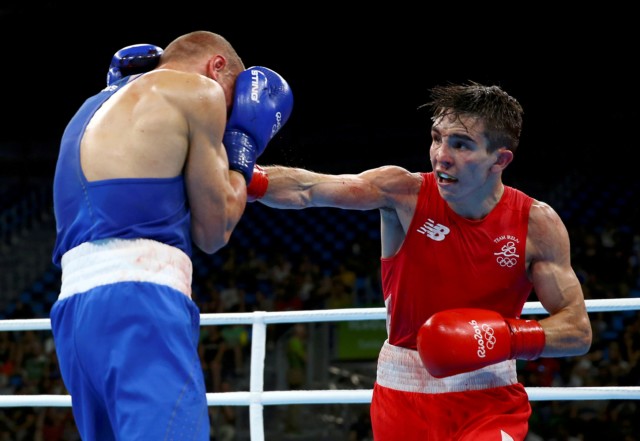 “We will work to incorporate any helpful recommendations that are made. We will also take legal advice with regard to what action is possible against those found to have participated in any manipulation.

“There should be no place in the Aiba family for anyone who has fixed a fight.”

The IOC have yet to comment on the McLaren report.