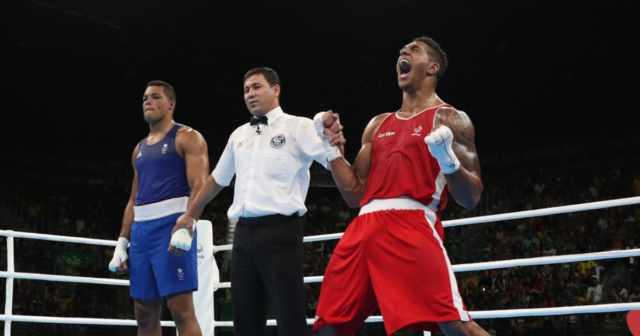 JOE JOYCE could still have his controversial silver medal upgraded to gold amid an investigation by the International Olympic Committee.

Joyce was left to stand on the second-placed podium in Rio following defeat to Tony Yoka in the super-heavyweight division.

But that was the last year the International Boxing Association had control over the Olympic sport, amid allegations of corruption.

The IOC stripped AIBA and launched an investigation in the wake of the refereeing and judging scandals in Brazil.

Among the controversies was Joyce’s loss to Yoka, meaning the Brit is still hopeful of receiving a delayed gold as the probing continues.

He said: I’ve seen the report that I could be promoted to gold, although I’m still waiting for the medal to come in the post.

“Hopefully it will happen soon but now I need to keep fighting.”

Joyce, now 36, turned professional in 2017 and has since raced towards a first world title shot.

He is currently mandatory challenger for the WBO belt held by Oleksandr Usyk, 35.

But the Ukrainian defends that and the other two belts he won against Anthony Joshua, 32, in an August 20 rematch in Saudi.

It leaves Joyce at the front of the queue but still waiting for his opportunity.

To pass the time, he most recently stopped Christian Hammer, 34, in a bout where he took more damage than needed.

Joyce admitted: “I don’t want to keep taking big shots like this, even though the crowds find it exciting.

“The ring rust affected my boxing skills but not the timing of my own punches.

“I feel I’m ready for Fury and Joshua but I will use the wait to make improvements to my defence.” 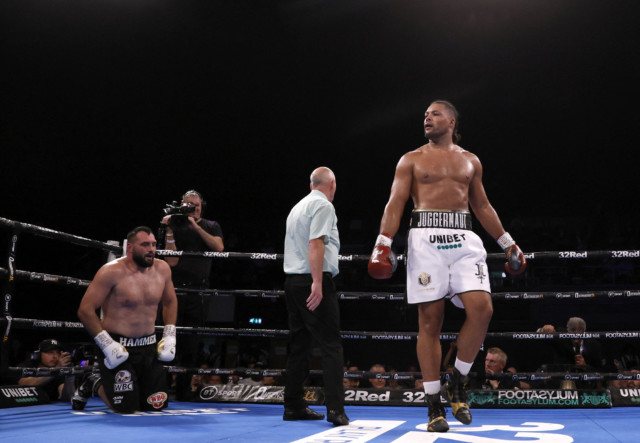