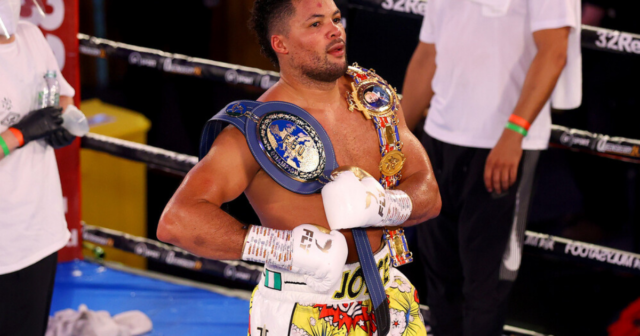 Joe Joyce returns to the ring after a frustrating year out

The 36-year-old Juggernaut had been expected to face Joseph Parker this September, only for the Kiwi to back out after joining Sky Sports.

The 13-0 Brit has had a frustrating year out of action following a broken arm, and will do battle with respected Romanian-born Hammer.

The 34-year-old boasts an impressive fight record having faced Tyson Fury, Alexander Povetkin and Luiz Ortiz among others.

He most recently went the distance with WBO number three Frank Sanchez.

When is Joe Joyce vs Christian Hammer?

Upon his return from a Las Vegas training camp earlier this month, Joyce said: “I’ve known about Christian Hammer for a while now.

“He has fought everybody, it is going to be a good fight, he comes forward and it will be exciting.

“It is one to get me ready for the next fights coming up.

“I’ve been out of the ring for a whole year now so it will be good to dust off the gloves and shake off the cobwebs.

“It is going to be a big year, this year and next, with some great fights and I just need to be in the right place.”