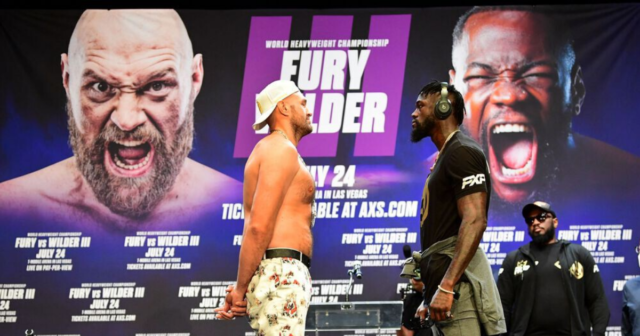 JOHN FURY disagrees with his son Tyson’s assessment of the heavyweight division, insisting Anthony Joshua is the ‘second-best’ fighter in the weight class.

Despite having made light work of Deontay Wilder in their rematch last February, WBC heavyweight champion Fury still ranks the American above his unified counterpart.

Tyson Fury reckons Deontay Wilder is the second-best heavyweight in the sworldBut his old man John is adamant Anthony Joshua is No.2 in the world

But his old man has a different view, insisting Joshua – who is gearing up for a showdown with Oleksandr Usyk – is the No.2 in the world by virtue of his unified champion status.

John Fury told BT Sport: “What we do is get him bumped off, and we’re on the AJ trail again.

“The Anthony Joshua trail, and we’re not going to come off until we got him. But he’s got a sticky wicket to do [with Oleksandr Usyk].

“That’s not a foregone conclusion. You know, I tip AJ, he’s big, he’s strong, and he’s got a good boxing array.

“Besides Tyson, he’s the second-best heavyweight in the world, I think.

“It would be a toss-up between him [Joshua] and Wilder because if Wilder landed on him, it would be good night for him.

“He wouldn’t recover. But he’s [Joshua] the one with the best, so you got to say, he’s second-best.

“That’s the fight I’m looking at. We just got to get rid of this American problem [for Fury], and he’s a problem because he’s out there, he’s not under the watchful eye, and he’s around all these yes-men.”

Fury, 33, returned to the UK from his American training camp last month ahead of the birth of his daughter, Athena.

But dad John wasn’t impressed by what he saw of The Gypsy King’s training in Las Vegas.

The 57-year-old said: “He’s out there and he’s not under the watchful eye, he’s around all these yes men when he gets out.

“Because when he gets off the plane in Las Vegas, you’ve got 200 yes men waiting for him looking to get that from him.

“Because he’s the Pied Piper, ain’t he? That’s what he does. People follow him around just to get what they can.

“This kid’s heard it all before in my life.

“They don’t love ya, they don’t care ya, they just want your money and your profile to make their status bigger for being around ya.”

John says he would’ve gutted his son’s team if he were able to travel Stateside, saying: “I don’t want all them fake plastic pretenders around me.

“Because you know that size 12, it goes right up their backside. That’s what happens when you’re around me.Get down that road.

“‘What are you bringing to my son’s table?’ If it’s not relevant, you’re gone. But Tyson’s not like that, he just hasn’t got that character. But I have.

“And you need people like me. Somebody’s got to point the finger at the bad guy.

“Tony Montana said that in the film Scarface. Point it at me.

“But I am the bad guy because I’m getting that boot up the backside and down the road, gone.

“Because they’re not relevant to his job. Or he’ll get beat. He needs to work, like we’re working in here.

“One-to-one, a select few people around him who he can trust and work and work again.

“And get it all right and shed blood, snot and tears in the gym. And I don’t see him doing that today.”

John reckons Tyson’s unorthodox skill set has suffered as a result of his poor training, saying: “I watch him in America doing a minute on the pads and being talked to afterwards.

“You know what they’ll do: they’ll do a minute’s work and talk for two minutes. 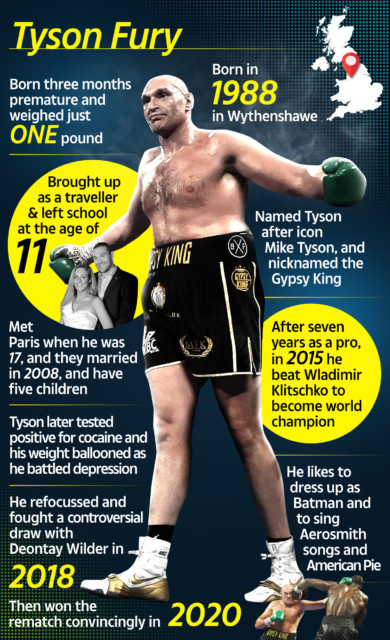 “And I’ve witnessed it firsthand and I’ve thought to myself, ‘You know what? This ain’t making sense to me.’

“And he’s sort of lost his bit of movement that he had, for my money.

“He used to be elusive, he used to be awkward, coming at you from all different styles. He’s gone a bit one dimensional.”

Advertisement. Scroll to continue reading.
In this article:anthonyjoshua, deontaywilder, oldman