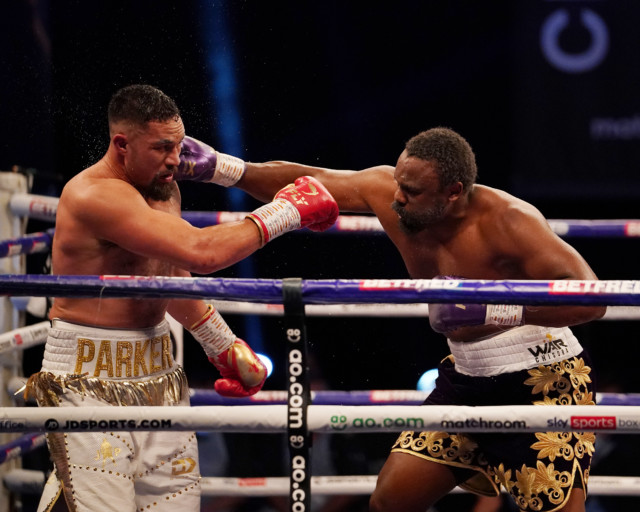 JOSEPH PARKER is confident he can send Derek Chisora ‘into retirement’ with the pair in talks for a rematch.

Parker, 29, picked himself up from the floor in the opening ten seconds against Chisora, 37, in their heavyweight headliner in May.

Joseph Parker is in talks for a rematch with Derek Chisora

But he survived the onslaught to eventually win on points behind-closed-doors in Manchester.

Chisora was left fuming after the fight, believing he won, and called for a rematch right away.

And according to Parker’s manager David Higgins, the British veteran could get his wish towards the end of the year.

Higgins told Sky Sports: “There’s talk of Derek Chisora and a rematch. If I was Chisora, I’d be planning my retirement after that fight, if it is to happen.

“Chisora had that early first round punch, but Joseph is confident he can make good work of Chisora and put him away into retirement.

“He’s got no problems taking the fight. The discussions have looked at later in the year, October, November.

“I think the UK would be sensible, obviously because they are both household names in the big UK market.”

Chisora, who shared a post-fight burger with Parker after defeat, raged at the scorecards and accused judges of disliking him.

He said: “I am beyond getting upset now. I train hard, I bring everything and this is the treatment I get from boxing.

“Same as last fight. They don’t like me. I put it all in there and this is the result I get. This is unbelievable.

“Even his coach Andy Lee said I won the fight.” 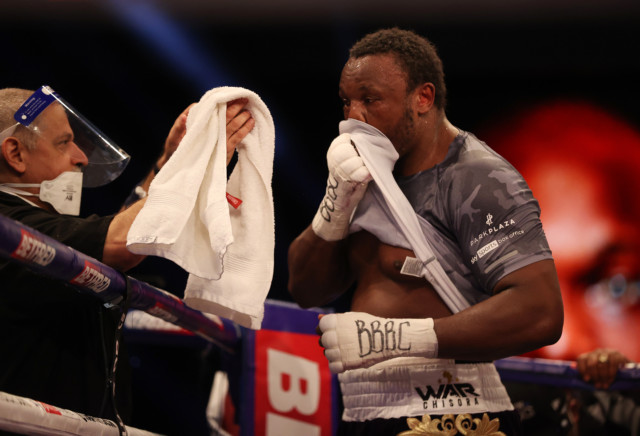 Derek Chisora was fuming after defeat to Joseph Parker

And Chisora even had the surprise backing of Dillian Whyte, who twice beat his arch rival.

Whyte, 32, said: “Boxing is mad. Derek Chisora got robbed. Chisora is not my favourite person.

“There is not a lot of love between us but he fought his heart out and I felt he won the fight by at least two rounds.

“I think he got robbed and it is very unfair because he left it all on the line.

“He knocked Parker down in the first round, for a 10-8 round, and I think he won five or six more rounds after that. Boxing is f***ed up”.