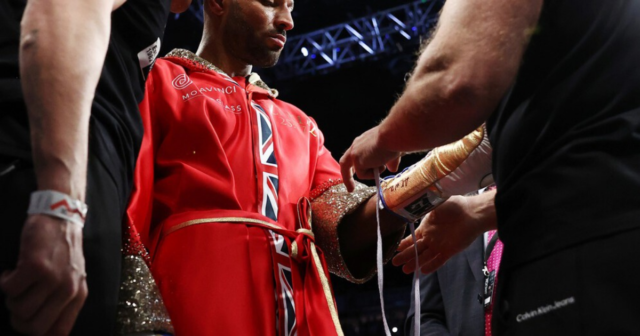 KELL BROOK was made to change his gloves INSIDE the ring ahead of his fight with Amir Khan.

The bout was delayed due to a dispute between the fighters over Brooks’ gloves. 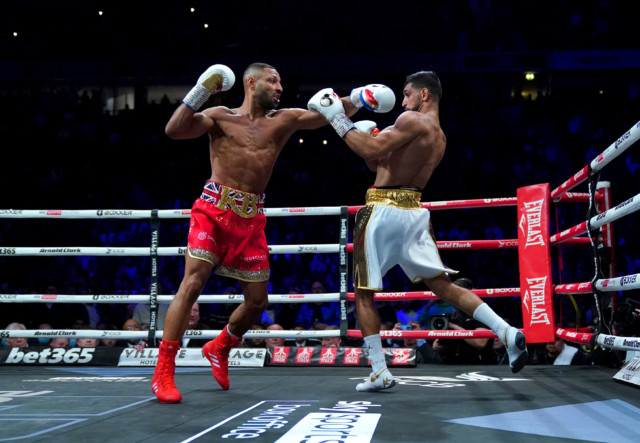 And despite being given the all-clear to make his ring walk Brook was then made to change his gloves.

But the Sheffield fighter looked ice cool through the process and focused on the job at hand – defeating rival Khan.

And the big distraction did not affect Brook as he dominated the opening rounds before securing a sixth-round stoppage.

The pair vowed to knock out one another and both made good on their word as they turned the contest into a battle.

Fans were made to wait for the show and the problem with the gloves confused several on social media.

One boxing fan wrote: “Brooks changing gloves in the ring, what’s going on. Delay was down to a dispute about hand wraps according to ESPN. Don’t they agree on gloves being worn in advance to the fight?”

Another added: “Never seen gloves changed in the ring in all my years of watching boxing. You’d swear it was Brooks first fight!”

A third said: “I don’t recall a boxer ever changing gloves upon entering the ring.” 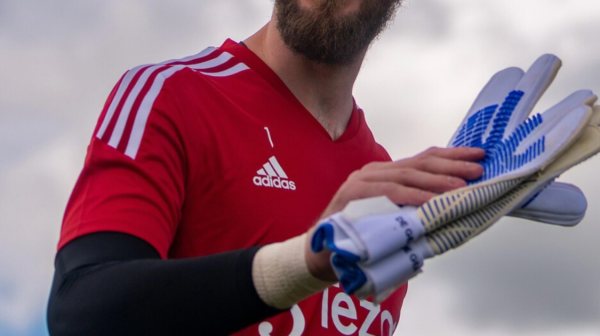