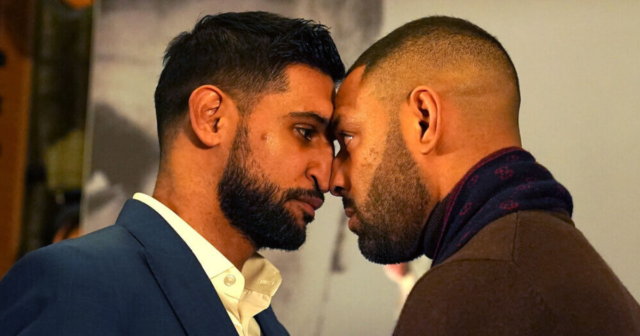 KELL BROOK reckons Amir Khan has made a ‘big mistake’ by giving him seven months to prepare for their grudge match.

The 35-year-old pair will look to settle their decade-long feud on Saturday night in a long-overdue domestic dust-up in Manchester.

Sheffield slugger Brook has done nothing but think about taking Khan’s head off since preliminary talks began last July and is brimming with confidence after a prolonged training camp.

Special K said: “He has made a big mistake by having me on for seven months with the contract.

“Unfortunately for him I have been training in that time, that is why I am smiling now.

“I am there with the weight, I could have made the weight three of four week ago. I am very comfortable with where I am at, the 19th is right there now.”

Brook’s previous weight issues have been a big talking point ahead of the Battle of Britain, which will be contested at a catchweight of 149lbs.

But the former IBF welterweight champ looked lean and mean as he drilled pads during his open workout in Manchester on Wednesday night.

And he’s champing at the bit to make Khan pay for his years of trash talk and making him miss Christmas with his family.

He said: “I am genuinely happy I am not putting a poker face on, I am just enjoying it all now as I have put the hard work in being away from my family over Christmas.

“It will be all worth it on Saturday night when I have my hand raised high. I truly believe that I will end this fight by knockout.

“I don’t go out and hit stupid, but I believe if I am 100 per cent which I am that the shot will come off.”

Brook hasn’t tasted victory in over two years but is confident of whipping out his domestic rival once and for all. 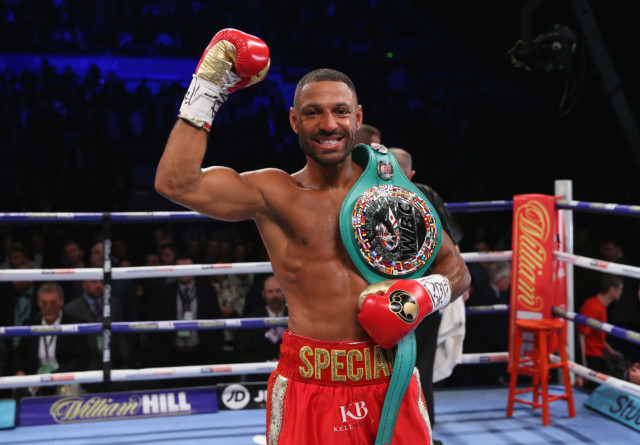 When asked about Khan’s weaknesses, he told the BBC: “His whiskers. His chin. The world knows his chin’s not there.”

He added: “Timing beats speed “I always find a way to get my shots off.

“We’re in there for a long time – there will come a time when we exchange. There is going to be a lot of drama in the fight.