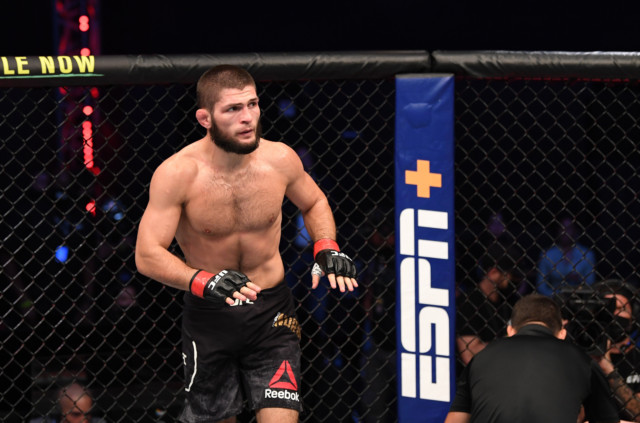 KHABIB NURMAGOMEDOV was offered $100million to box Floyd Mayweather with Dana White ‘on board’, his manager revealed.

Ali Abdelaziz – who has represented Khabib throughout his UFC career – opened up about the proposal as he challenged Mayweather to take the fight.

“Dana White was on board, everybody was on board. But, you know, Khabib is an MMA fighter.

“If Floyd wanted to come to fight, get his little ass whooped, no problem.”

Mayweather, 43, retired as a professional in 2017 after beating former UFC champion Conor McGregor.

But it was after Nurmagomedov submitted Irishman McGregor a year later that he himself challenged the boxing legend to a fight in the ring.

Mayweather later returned for an exhibition bout against featherweight kickboxer Tenshin Nasukawa in Tokyo, which he won in one round.

He has continued to insist he will no longer take on boxing’s best but left the door open to facing McGregor or Nurmagomedov, who are both 32.

Khabib revealed in October – before he announced his UFC retirement – that he was constantly approached with offers to fight Mayweather.

He said to Yahoo! Sports: “Always, like every month people call me and they ask me, ‘You going to fight with Floyd Mayweather if we pay you $100m.

“It’s like crazy. I want to be focussed on Justin Gaethje, please.

“Every month, some people from Saudi Arabia, from Emirates, from a lot of countries, like always try to make contract with me.”

Nurmagomedov explained that he would decline the proposal to instead stay loyal to the UFC, who prohibit fighting outside of their promotion.

But after he made the shock decision to hang up his MMA gloves, it could pave the way for the 29-0 Russian to cross over to boxing.

Meanwhile, Mayweather is set to face YouTuber Logan Paul in February, in what has been billed a ‘special exhibition fight’.