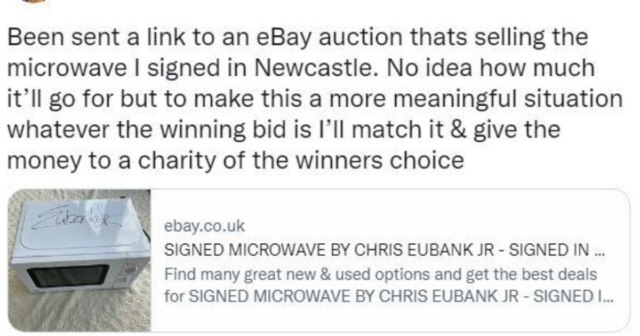 A MICROWAVE signed by Chris Eubank Jr is up for sale on eBay with bidding already over £6,000.

And the kind-hearted boxer has promised to match whatever it goes for and donate the money to a charity of the owner’s choice.

After attending a press conference last Thursday at St James’ Park for his fight against Wanik Awdijan, he took a stroll through the town.

The microwave has attracted a fair amount of interest since it hit the auction website. 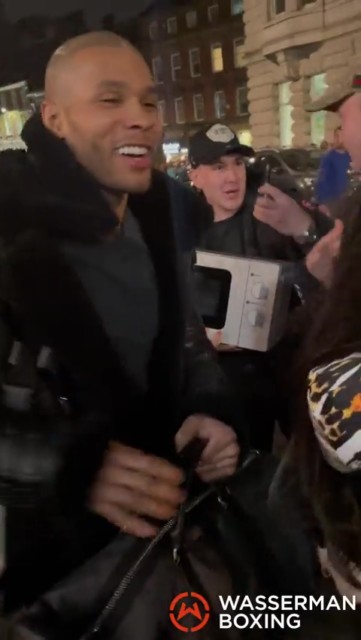 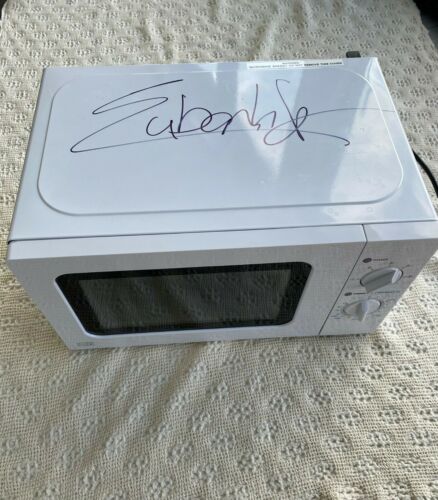 This is the prize up for grabs – but you’ll need to pay more than £6,000 for it
Advertisement. Scroll to continue reading.
In this article:chriseubank, forsale, Newcastle, theowners