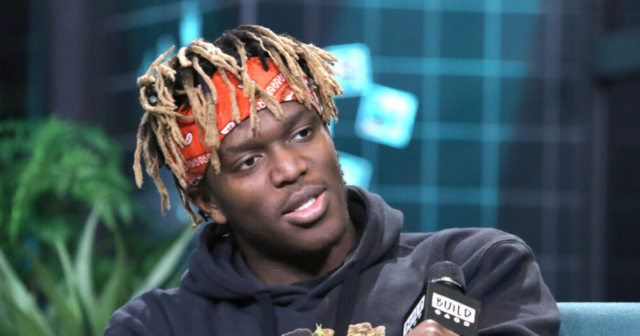 KSI is set to fight the rapper Swarmz at the O2 Arena later this month – dashing hopes for a Jake Paul showdown.

Youtuber Alex Wassabi has reportedly sustained an injury leading to him having to pull out of the bout with KSI.

KSI is having to change opponent only weeks before the fight

Replacing him on August 27 is the rapper Swarmz, who has never fought before.

He is believed to be a friend of KSI with the two knowing each other through their music jobs.

Swarmz, whose real name is Brandon Scott, has a growing music career after some of his songs went viral over the last few years.

Before that he had been a non-league footballer, having also played for the youth academies of Fulham and Charlton earlier in his career.

The announcement means KSI won’t be meeting Jake Paul in a long-awaited bout – despite the American calling for it on Twitter.

Paul has been embroiled in his own issue with late fight cancellations after pulling the plug on his clash over Hasim Rahman Jr’s weight.

The superstar Youtuber took to Twitter to urge KSI to take advantage of the situation and put on a fight.

He said: “Heard that Alex [Wassabi] is out because of a concussion.

“F***ed up. This was a big opportunity for Alex. He will be back.

“KSI… everything happens for a reason.

“I’ll come fight in your hometown. Your boxing company. You are A-Side.

Responding to the speculation, KSI tweeted: “We will fight on my terms and when we do, it’ll be done on the biggest stage.

“I’m talking Wembley stadium fam. With a full camp tailored just for you and I, so that there are no excuses when we fight. None of this short notice s*** @jakepaul.”

Paul responded in capital letters: “This is officially the biggest duck of all time.”

KSI famously fought the Problem Child’s older brother, Logan Paul, in a 2018 bout, one of the first major fights between Youtube personalities.

After the amateur fight ended in a draw, they had a 2019 professional rematch in Los Angeles where KSI beat Paul in a split decision.