Kubrat Pulev record, wins, losses and when did the Bulgarian turn pro?
Advertisement 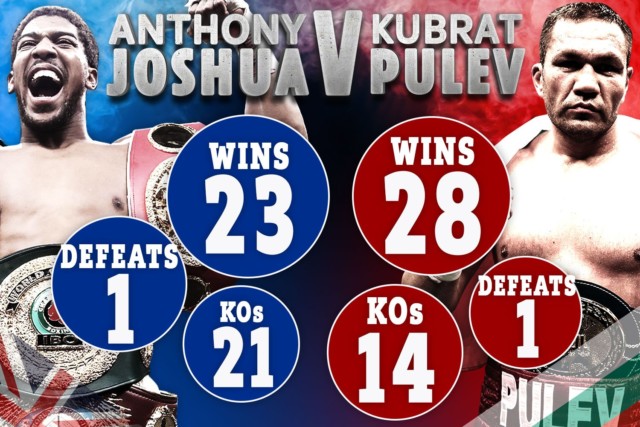 ANTHONY JOSHUA is back in the ring after 12 months away from the sport.

And in his way at Wembley Arena is Bulgarian heavyweight Kubrat Pulev who is challenging for Joshua’s WBA, IBF and WBO heavyweight titles.

How the fighters compare ahead of the big bout

What is Kubrat Pulev’s record?

He turned pro in 2009 after a successful amateur career and is a two-time European heavyweight champion.

Joshua will be the fourth Brit has has faced.

Kubrat Pulev is next up for Joshua

When did he fight for a world title?

Pulev’s only defeat came the last time he challenged for a world title.

He was beaten via knockout by Wladimir Klitschko in brutal fashion as the Ukrainian retained his IBF title in Hamburg in November 2014.

When is Joshua vs Pulev?

It is expected the main event will start at around 10pm GMT, depending on the outcome of the undercard fights. 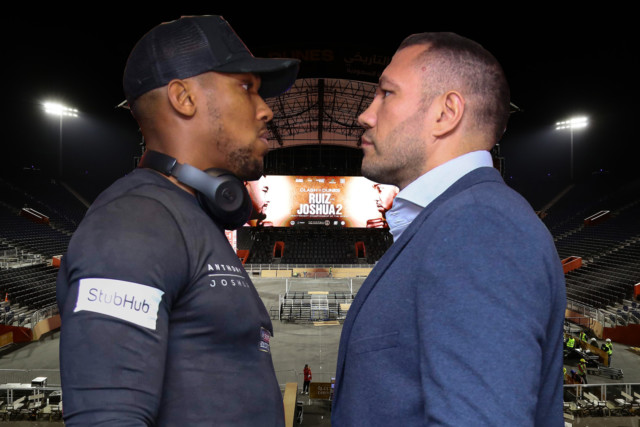 What live stream and TV channel is it on?

Joshua vs Pulev will be broadcast live on Sky Sports Box Office.

The pair were set to fight for the vacant WBO world cruiserweight title, though Hearn says Okolie will still be on the card against a late replacement.