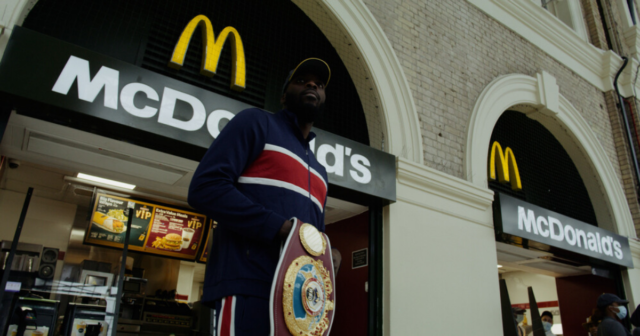 BOXING champion Lawrence Okolie plans to go from working the tills at McDonald’s to owning his own restaurant.

Okolie was 17 when he was inspired into boxing while watching Anthony Joshua win gold at the London Olympics all while on shift at the fast food chain.

Now, he is managed and mentored by AJ and has a WBO world title to his name – but wants to go back to where his journey all started, as the boss.

Okolie has partnered with his former employers McDonald’s, who have launched a new Plan for Change campaign.

And he dreams of capping off a remarkable return to the multi-billion dollar company by becoming a franchise owner, all while continuing his boxing career.

“For me, it’s full circle. At the start, McDonald’s gave me an opportunity, gave me a job, which was my first legitimate income coming in.

“It was the same with my younger brother, at the time that was massive for our family as money was coming in.

“It wasn’t like we were in absolute poverty, but our little bit helped, my mum didn’t need to stress as much, to get us other little bits and bobs, we could afford those.

“To be able to now go back into the company in an ownership way, it shows progression.

“I went from working the tills to owning a whole McDonald’s, I can only see positives really.”

McDonald’s new campaign will see youth workers and services connected to every restaurant in every community by 2024, offer 3,000 apprenticeships by 2025 plus help one million people gain new skills and open doors to jobs by 2030.

Okolie visited the London Victoria store where he once flipped burgers and salted chips before dusting off his old apron.

And it was there he interacted with staff members to share his story and remember where he came from.

Okolie said: “There’s a lot of time we see people go on and achieve good to great things and then they’re not around anymore.

“They’re not reachable, they’re distant but when you’re there to talk to and say, ‘What did you do? How did you do it?’

“It makes you more of a reference for them.”

Okolie is a proud vegan athlete but is still able to enjoy some classic McDonald’s fries as part of his plant-based diet when out of training camp.

He joked: “I’m on a meal prep when I’m training but when that’s finished, I’ll go and have a cheeky little Maccies, you can’t say no, can you?

“There’s a vegetarian burger coming out soon, so I can’t wait to try that one.”

Okolie won his world title with a sixth-round knockout of Poland’s Krzysztof Glowacki, 35, in March.

He then defended it for the first time last month against challenger Dilan Prasovic, 26, who was taken out in three rounds.

Now Okolie, a 2016 Olympian with a current unbeaten record of 17-0 with 14 knockouts, has unification bouts in his sights. 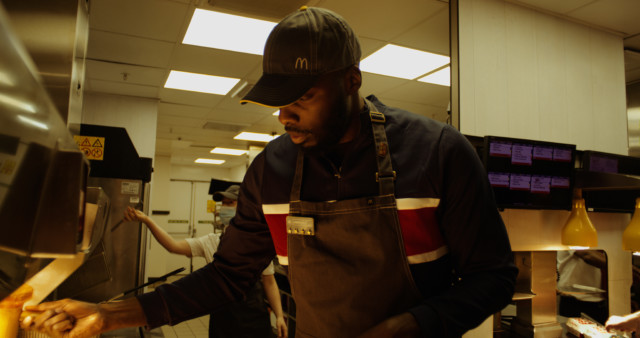 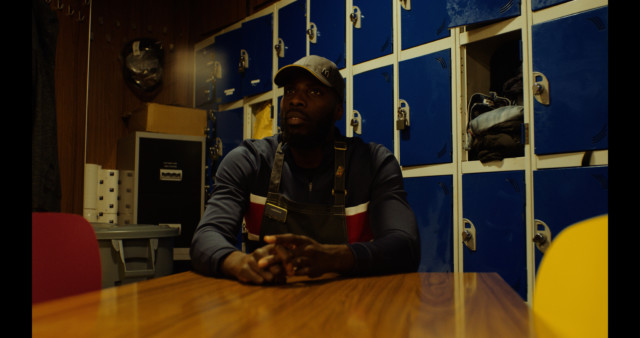 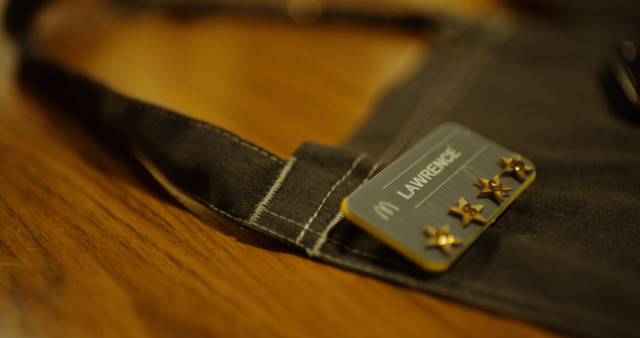 McDonald’s have launched a new Plan for Change campaign