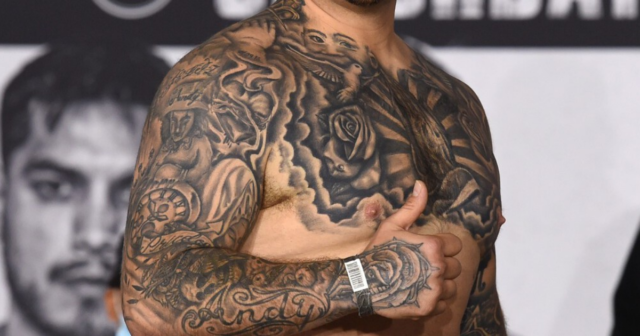 ANDY RUIZ JR has welcomed a fight against Tyson Fury as he took to social media to demand a shot at the WBC heavyweight title.

The Gypsy King has been told that he can skip fighting his mandatory challenger Dillian Whyte with the Body Snatcher demanding £7.5million for the blockbuster British bout.

Whyte is locked in arbitration with the Mexico-based sanctioning body over his cut of their potential mega-money purse.

With a hearing set for March, it leaves Fury potentially returning in a non-title fight.

He told iFL TV: “Frank Warren and I are looking for another opponent to do Fury‘s fight in Manchester or in Las Vegas, depending on who the opponent is.

And Ruiz Jr immediately took to his Instagram story where he stated he is willing to pit his wits against Fury inside the squared circle.

Posting a grab of Arum’s quotes, the Destroyer, who previously held the WBA, WBO and IBF belts, said: “Let’s go I need that WBC.”

Ruiz Jr then shared a snap of him alongside Fury, before urging Arum’s boxing promotional company to sort out the fight.

After losing in his rematch against AJ in December 2019, the Mexican-American has fought just once – a points win over Chris Arreola in May in which he climbed off the canvas.

Deontay Wilder has also been linked with a clash against Ruiz Jr after WBC president Mauricio Sulaiman discussed the potential dust-up.

He remarked: “[That fight] would be wonderful, and it is consistent with what the plans are for Mexico City [to secure big boxing events].

“We have been looking to return a great event to our capital.

“There have always been great fights [in Mexico City], but we have had many years without having a great event in Mexico City and yes indeed, Andy Ruiz, [a fight against Wilder] would be wonderful.

“The Wilder-Ruiz fight is perhaps the most interesting non-title fight right now [at heavyweight].

“Wilder is an explosive boxer, Andy Ruiz is a Mexican fighter, having achieved one of the great upsets in the history of heavyweight boxing and the great traction he has with Mexican fans is great, I would love to see him here in Mexico.”

Advertisement. Scroll to continue reading.
In this article:andyruiz, socialmedia, tysonfury