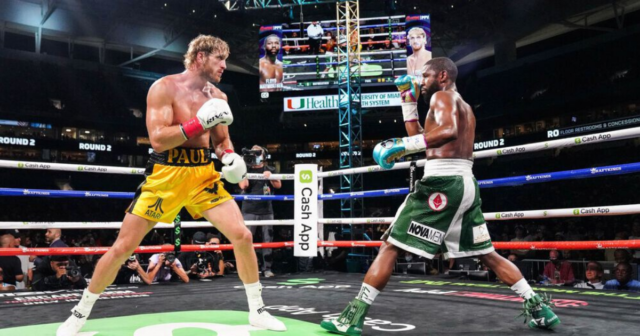 LOGAN PAUL predicted his next fight will be worth $100MILLION following his exhibition against Floyd Mayweather.

As Paul avoided a knockout loss, no winner was declared, meaning he walked away with a huge moral victory.

Mayweather, 44, boasted about earning $100m for the spectacle fight, which he called a ‘legalised bank robbery’.

And now Paul, 26, believes he is in line for similar paydays following his performance in Miami.

Mayweather and Paul sold a reported 1million pay-per-views and even caused Showtime’s app to crash due to the demand.

But with the exact numbers still yet to be totted up, the box office buys could increase even further.

Paul said: “I learned how hard it is to sell a pay-per-view. Getting someone to spend money.

“Yeah, I’m still yet to get the final number. I don’t know it yet. It’s strong, it feels good.”

Paul, who drew with KSI in a 2018 exhibition but lost their rematch as professionals a year later, is now looking for his next fight.

And he is in talks to face UFC legend Anderson Silva, his manager recently confirmed.

But it has not yet been determined whether Paul would fight the Brazilian in an exhibition, or pro bout.