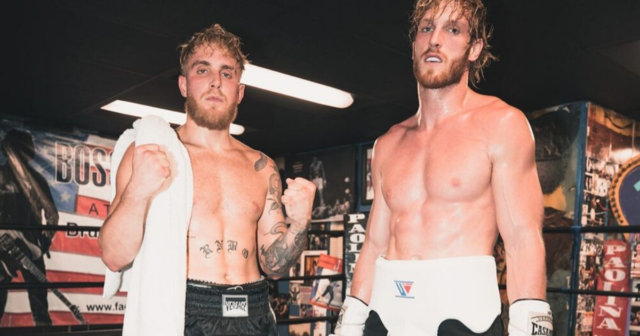 LOGAN PAUL admitted brother Jake is the ‘bigger puncher’ but the YouTubers revealed ‘our parents don’t want us to fight each other’.

The Pauls have both forged out polarising prizefighting careers in recent years and have even teased a fight between them.

Jake, 24, is currently 3-0 as a boxer, all by knockout and faces Tyron Woodley, 39, in his fourth and biggest fight to date on August 29.

Logan, 26, is officially 0-1, losing his professional debut to online rival KSI, 28, after they drew a year prior in a white collar bout.

But amazingly, he took boxing legend Floyd Mayweather, 44, the distance in their exhibition in June.

With the Pauls a hotter commodity than ever in the fight game, again they were quizzed on fighting each other.

“Bigger puncher? I think we both crack people. I saw him knock down this kid in sparring.”

Asked on one day sharing the ring, Jake said: “You know, people always ask us this and I just think it depends on how the cookie crumbles.

“Our parents don’t want us to fight each other. But I think sometimes there is you know that thing in the gym where it’s like, ‘Who’s better?’

“We might have to be the first brother duo that actually fight because I know the Charlos don’t do it, the Klitschkos didn’t do it.”