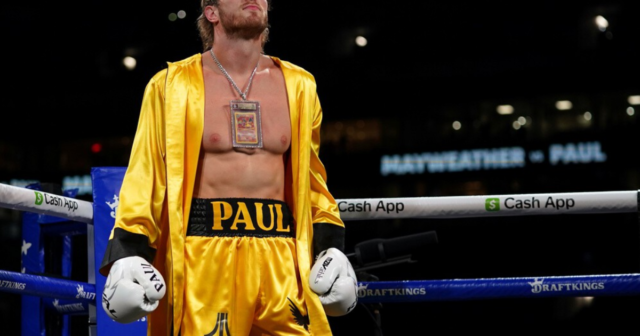 LOGAN PAUL said ‘I know who my next opponent is’… and it is not Anderson Silva.

The YouTuber was in talks with Silva earlier in the summer, before the Brazilian instead fought fellow UFC legend Tito Ortiz in the boxing ring.

He knocked out Ortiz, 46, in round one and afterwards opened the door to fighting Paul, 26, or his younger brother Jake, 24.

But Silva, 46, will not be the latest man to fight Paul, who told True Geordie: “I know who my next opponent is.”

He then confirmed it was a real fighter, opposed to a celebrity, following his two fights with online rival KSI.

Paul has not ruled out one day fighting Silva, who recently beat ex-boxing champion Julio Cesar Chavez Jr, 35, but has more lucrative options.

He explained: “Anderson does look good, he’s kind of leading the charge.

“I literally have no interest in doing that. I have an interest in putting on the biggest shows in the world and Vitor Belfort is not that.

“Anderson is still not that. It’s more interesting, but here’s why, here’s what I have to weigh, ready?

“How good is the guy and how much are they bringing to the table.

“Anderson is very good as a boxer and he doesn’t bring that much to the table.

“It’s risk-reward, it’s a f***ing business. Bro, would I fight Anderson Silva? Yes. Do I think I can beat him? Yes. Am I going to? Probably not.”

Paul in 2018 drew in an exhibition against KSI, 28, but lost the rematch by split-decision a year later.

He then returned this June in a similar exhibition against boxing legend Floyd Mayweather, 44, and survived all eight rounds.

And he claimed if it had been a regular 12 round fight, then he would have spectacularly knocked out and become the first to ever beat Mayweather.

Paul said: “My conditioning is f***ing good, bro. If the fight went 10 or 12 rounds, I think I would knock him out. I say that in full conviction.

“I saw him breathing heavy for the first time that eighth round and it was because I had been leaning on him.

“I’m 30 pounds heavier. Like no matter how you cut it, me leaning on a guy that size is gonna get him tired no matter how good he is.

“I was coming alive too. That’s what we trained for, we sparred for 12 rounds. I’m probably throwing 120 punches by the 12th round.

“My conditioning is good, I had a little ‘uhh’ in the fourth round then second wind came in.”