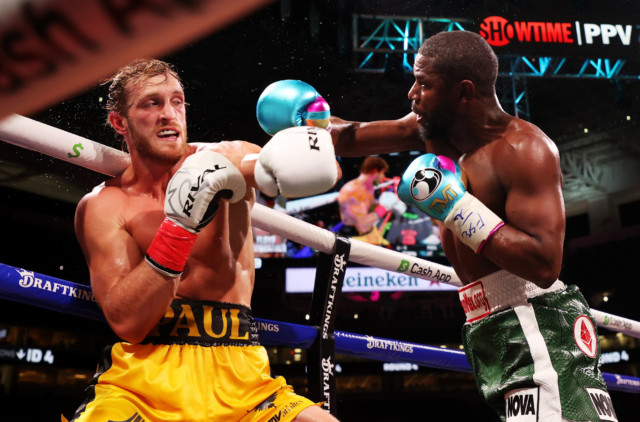 LOGAN PAUL insists he can beat Mike Tyson as the YouTuber looks for his next fight after taking Floyd Mayweather the distance.

The social media star, to the surprise of many including Tyson, avoided a knockout against Mayweather as he survived all eight rounds of their exhibition bout this month.

Following his moral victory in the exhibition bout, Paul has eyed another boxing legend in former heavyweight king Tyson.

He said on his podcast: “Someone mentioned Mike Tyson, like how funny is it? One great at a time. Or is it like you can only fight one?

Mayweather, 44, returned to the ring four years after officially retiring and gave away TWO STONE to Paul.

Tyson, 54, last year made a remarkable 15 years after his last professional fight and drew in a similar exhibition with Roy Jones Jr, 52.

Tyson told Paul to his face while on the social media star’s podcast that Mayweather would easily beat him.

But he has since personally apologised and admitted the YouTuber’s performance surprised him.

Tyson told Paul on FaceTime: “You kicked his ass. You’re bad, I was wrong!