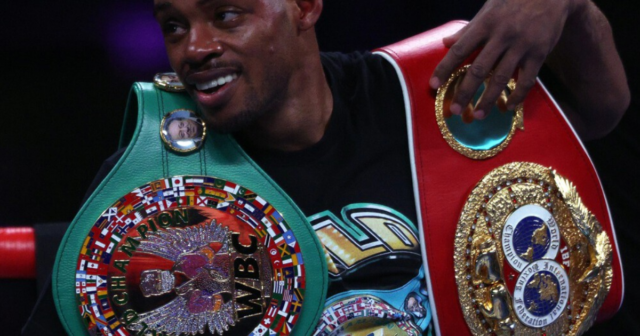 ERROL SPENCE JR will return for the first time since his gruesome eye injury against Yordenis Ugas in a welterweight unification.

The unbeaten American was set to face boxing legend Manny Pacquiao in August before pulling out with a torn retina suffered during sparring.

Ugas, 35, was elevated from the undercard and stunned Pacquiao, 43, who lost the WBA title and later retired.

Now Spence, 31, confirmed he will face the newly-crowned Cuban champion in four months time in his comeback bout.

He said: “The fight’s in April. Man down, strap season. He already knows what time it is.”

Ugas had requested to fight Spence in a three-belt WBA, WBC and IBF 147lb unification.

But instead, he was ordered to face mandatory challenger Eimantas Stanionis.

It infuriated Ugas, who hit out at the WBA for prohibiting his pursuit of a unification bout.

Shortly after however, Stanionis, 27, agreed to step aside and instead fight Radzhab Butaev, 28.

And that fight is set to feature on Spence’s pay-per-view title fight with Ugas, who later confirmed talks were progressing.

He told FOX Sports: “We’re targeting March or April for the fight. It’s going to be for three titles.

“That’s a fight that we want. We’re targeting the springtime for the match against Errol.” 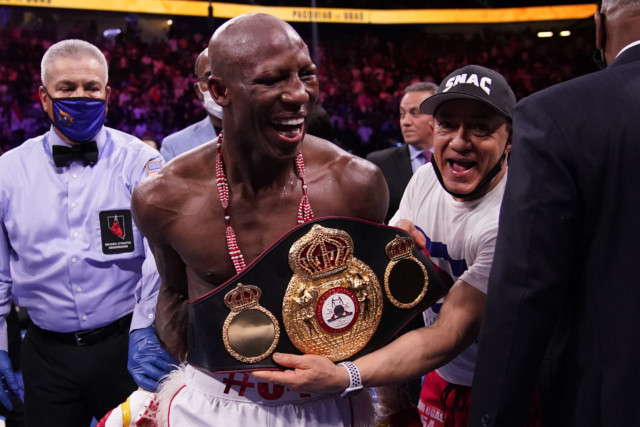 Did you miss our previous article…
https://www.sportingexcitement.com/boxing/amir-khan-under-investigation-by-cops-for-filming-himself-for-8-minutes-while-driving-100k-range-rover

Advertisement. Scroll to continue reading.
In this article:eyeinjury, spencejr, thefirst