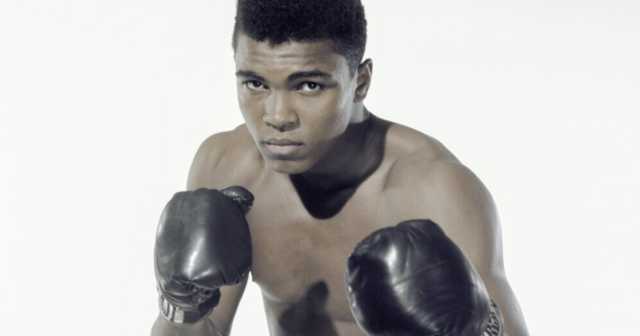 PAUL POGBA has revealed Muhammad Ali was his ‘hero’ growing up and learned lessons from the heavyweight boxing legend.

The Manchester United midfielder explained it was Ali’s civil rights activism and impact he made outside of the ring which inspired him most.

Speaking to Sky Sports for Black History Month, Pogba, 28, said: “He was someone that I think kind of saved lives.

“A hero is somebody that saves lives, that helps people, and I think that is what he did.

“He spoke for the black community and helped us to have freedom today.”

Pogba carries the same level of confidence on the field that Ali did in the ring.

And the 2018 World Cup winner also shares the same religion as the boxing icon, who died in 2016, as the pair both converted to Islam during their careers.

Pogba said: “I would say I learned a bit from him, how to be confident with yourself and just being yourself. That is something I cannot change.

“I like smiling, joking, laughing and dancing. This is me and I just like to be myself.

“Also, he is a converted man and I am converted also, so it was very interesting for me to learn about his story.

“Everyone has his own history so I was interested to know about his.”