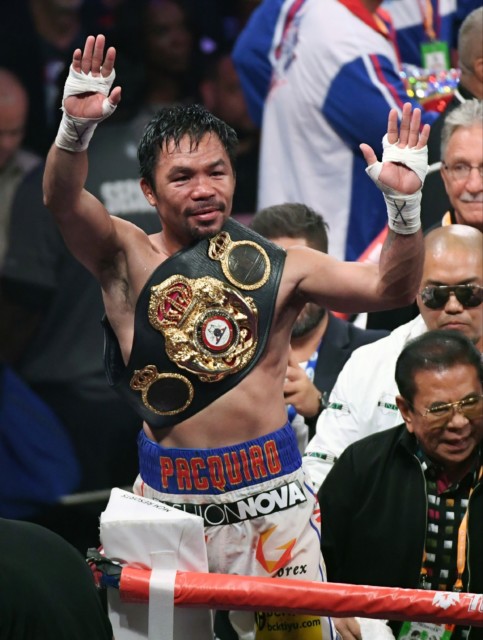 MANNY PACQUIAO has announced his retirement from boxing as he bids to become President of the Philippines.

On Sunday, the former eight-weight world champion – who is already a senator – announced his intention to run for the presidency.

Manny Pacquiao has announced his retirement from boxing

Pacquiao’s run for office led many to believe his Hall-of-Fame career would soon come to an end.

And Pacman confirmed he has indeed opted to hang up his gloves.

When asked about his fighting days, he replied: “My boxing career?

“My boxing career is already over.

“It’s done because I’ve been in boxing for a long time and my family says that it is enough.

“I just continued [to box] because I’m passionate about this sport.”

Did you miss our previous article…
https://www.sportingexcitement.com/boxing/anthony-joshua-vs-oleksandr-usyk-date-start-time-uk-tv-channel-live-stream-and-full-undercard-for-saturday-fight