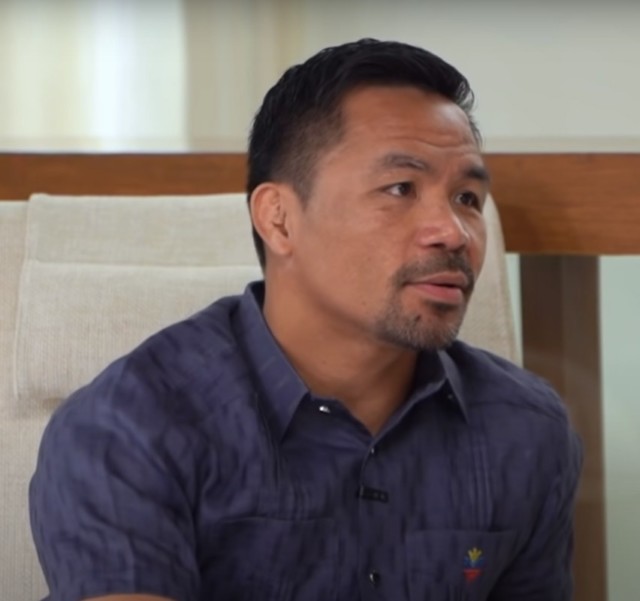 MANNY PACQUIAO revealed he once considered ending his own life after ‘repenting for his sins’.

The boxing legend opened up in a revealing interview after announcing his bid to run for president of the Philippines.

Pacquiao is one of the best boxers of all time and adored by fans all over the world.

But the 42-year-old revealed the time he once felt ‘small’ and ‘alone’ and considered suicide.

Speaking to ToniTalks about his Christian faith, Pacquiao said: “I was alone in my room in America for a fight.

“I was reading this book called Purpose-Driven Life and I would read the Bible too.

“I felt like ending my life that moment because I was repenting for my sins.

“I was alone in my room and I was crying uncontrollably.

“I asked myself what I should do. ‘Lord am I not worthy?’ If I could just turn back time and undo all I’ve done against you.”

The former world champion continued: “I used to be a womaniser, a drunkard, a gambler – all of those. And the words that came out of my mouth were ill-willed.

“I felt small. I was on my knees, face to the ground, while I was alone.

“After that I called for a Bible study.

“When I hear the word of God I feel so happy.”

Pacquiao recently announced his retirement from boxing as he bids to become President of the Philippines.

When asked about his fighting days, he said: “My boxing career is already over.

“It’s done because I’ve been in boxing for a long time and my family says that it is enough.

“I just continued because I’m passionate about this sport. I will just support other boxers for us to have a champion again.” 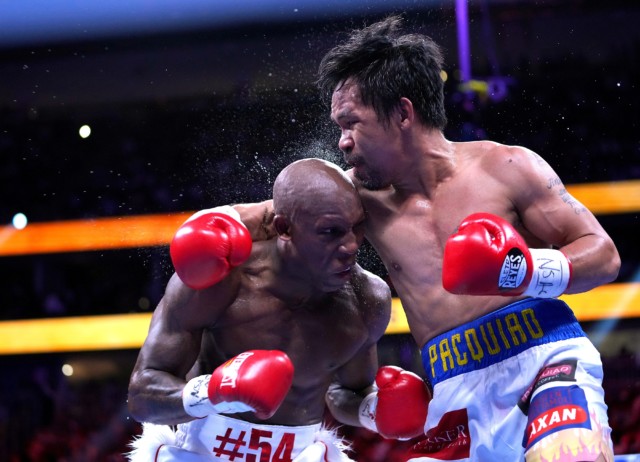 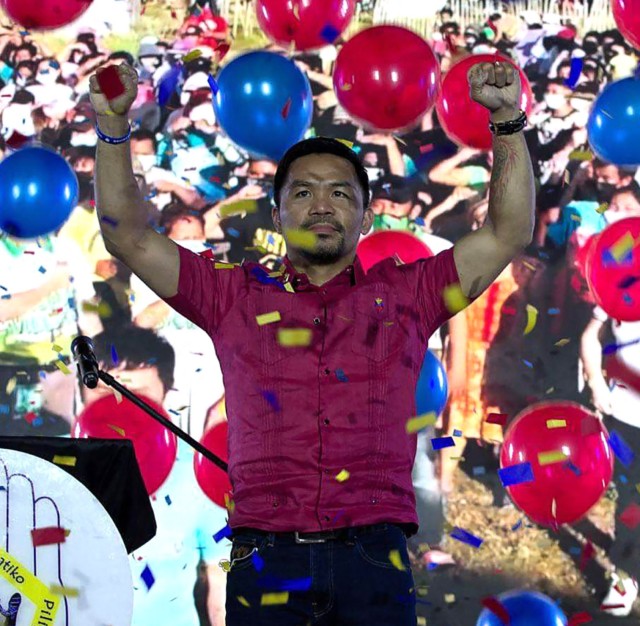 He is now trying to become president of the Philippines

Pacquiao, 42, was last in action in August against Cuba’s Yordenis Ugas.

The pride of the Philippines suffered a unanimous decision defeat to the Olympic silver medallist and hinted that his fighting days would soon come to an end.

In the post-fight press conference, a heartbroken Pacquiao said: “In the future, you may not see Manny Pacquiao fight again in the ring.

“I contribute a record in boxing also and to make boxing the top. And especially bring honour to my country and the Filipino people.

The soft-spoken power puncher won 62 of the 72 bouts in his professional career, which he began at the tender age of 16.

Pacquiao’s days fighting in the ring may be over, but the fight to bring change in Rodrigo Duterte’s Philippines has just begun.

He said: “I am a fighter, and I will always be a fighter inside and outside the ring.

“I am accepting your nomination as candidate for president of the Republic of the Philippines.”