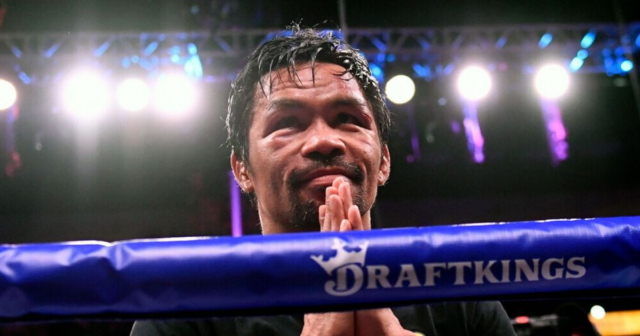 MANNY PACQUIAO needed eight stitches after losing to Yordenis Ugas as the boxing legend showed off his bruised face in defeat.

PacMan was beaten on his return to the ring by Ugas following over two years out.

And according to ESPN he needed eight stitches in total – five to close one cut and three stitches glued onto the other.

Pacquiao was offered a rematch by Ugas, who retained the WBA belt formerly held by the Filipino icon.

But PacMan hinted at retirement following his 72nd fight, which would bring an end to one of boxing’s most celebrated careers.

He said: “In the future, you may not see Manny Pacquiao fight again in the ring. I don’t know.

Ugas said: “He can have a rematch.

Advertisement. Scroll to continue reading.
In this article:boxinglegend, thering, yordenisugas