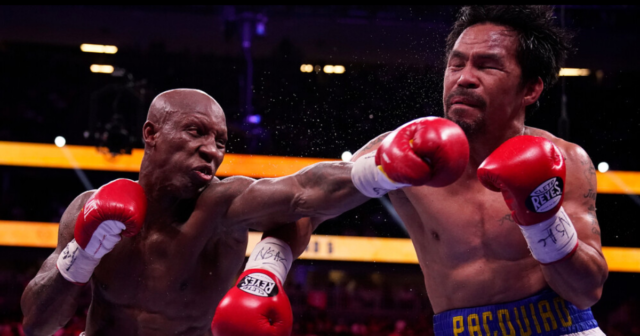 YORDENIS UGAS is ‘200 per cent’ willing to fight Manny Pacquiao again as he offered the boxing legend a rematch.

The Cuban handed Pacquiao a heartbreaking defeat on what was the Filipino icon’s return after more than two years out.

Yordenis Ugas is ‘200 per cent’ willing to rematch Manny Pacquiao

Ugas, 35, was due to feature on the undercard and only filled in to face PacMan, 42, after Errol Spence Jr, 31, pulled out with an eye injury.

The WBA champion retained his belt, which was formerly held by Pacquiao until he was stripped of inactivity amid the coronavirus pandemic.

But Ugas is open to giving his iconic opponent one more shot at winning back the title and avenging the loss.

Going into Pacquiao’s 72nd fight, he refused to confirm whether or not it would be his last.

And afterwards, one of the sport’s most beloved and celebrated fighters told fans it could be the end of the road for his in-ring career.

Pacquiao, 42, said: “In the future, you may not see Manny Pacquiao fight again in the ring. I don’t know.