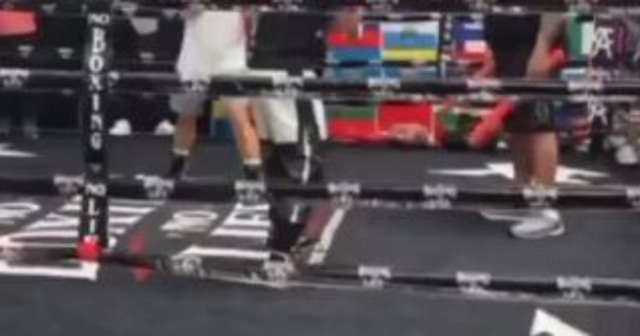 Emmanuel, believed to be 20, is a Filipino actor, model, and vlogger but is best known for being the son of iconic boxer Pacquiao.

Despite a planned career in showbiz, in 2018 the son of a legend – commonly nicknamed Jimuel – began training in boxing.

He is said to have only had six amateur bouts, winning four, losing one and drawing the other.

And despite the advice from his legendary dad to opt against boxing, Jimuel has continued to pursue the sport.

It recently saw him visit Canelo’s gym in the Mexican’s adopted American home of San Diego.

Jimuel was captured practising slipping and defensive drills before showing off his rapid hand speed – similar to his old man’s but from the orthodox stance, not southpaw.

Pacquiao, 42, recently announced his retirement after 72 fights, closing out a historic career which saw him win titles in eight divisions.

He called it a day after defeat to Cuban Yordenis Ugas, 35, over 12 rounds in Las Vegas.

Jimuel was ringside but did not travel back to the Philippines with his dad, instead staying in America to train.

After calling quits on his career, Pacquiao opened up about his son’s decision to focus on boxing.

He told Rappler Talk: “If you ask me, I wouldn’t want him to become a boxer because I can’t stand watching my son fight.

“But when I tell him about it, he tells me, ‘Daddy, boxing is your passion, right? Same with me, like you, boxing is my passion also. So what are we going to do?’ I become speechless.

“I told him boxing is not just training, but hard work. You need to have dedication, focus – mentally, physically, and spiritually.

“I told him to remain in the amateur ranks for now, and to not turn professional.” 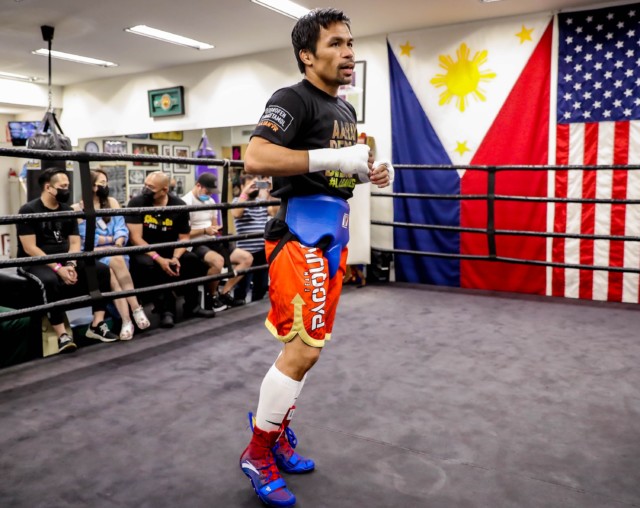 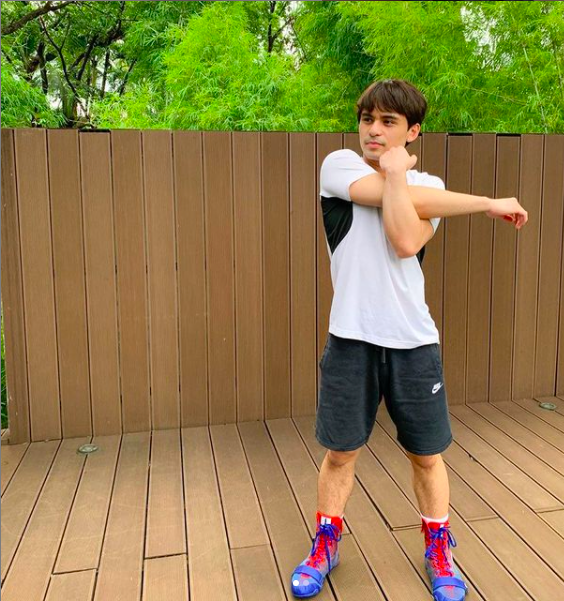 Jimuel Pacquiao wearing the same boxing boots as his dad

Did you miss our previous article…
https://www.sportingexcitement.com/boxing/mike-tyson-credits-smoking-weed-and-eating-mushrooms-for-ending-his-partying-days-and-finding-god