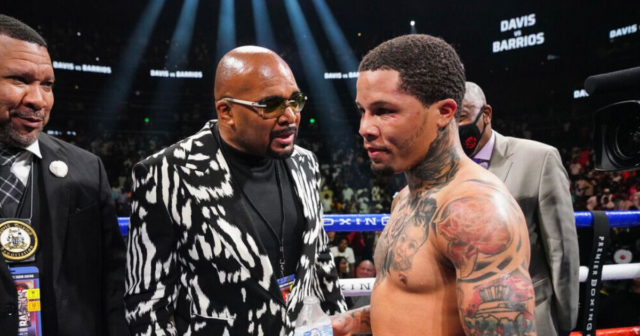 GERVONTA DAVIS has been backed to prove his dominance in the lightweight division and put to bed accusations of ‘ducking’ his rivals.

Davis has campaigned from super-featherweight all the way to light-welterweight in recent years, winning belts in the three divisions.

And he returns this Sunday against Mexican Isaac Cruz, filling in for Rolando Romero, who was withdrawn amid sexual assault allegations.

The likes of Ryan Garcia, 23, Devin Haney, 23, and Teofimo Lopez, 24, have all been touted as potential opponents for ‘Tank’ Davis.

Lopez did rule as unified champion until he was stunned by Georges Kambsos Jr, 28, last weekend in New York.

Meanwhile Haney and Garcia remain unbeaten but also untested at the top level as the division transitions with breakthrough stars and newly crowned champs.

But Mayweather Promotions CEO Leonard Ellerbe insisted their man Davis is the boss at 135lb – and promised to prove it once and for all.

Ellerbe told SunSport: “To be totally honest, Tank beats them all.

“You can put them in any order or any fashion, you name it, every last one of them Tank beats them all.

“I’m very, very confident of that and when the time comes, he’ll prove it to the world.

“All of them are good fighters, but Tank is by far the best and it’s not even close.

“At the end of the day, if these guys continue doing what they need to do, these matchups will happen, I’m confident.

“Because, we ain’t ducking no work over here.”

Davis, 27, was due to fight fellow Mayweather protege Romero, 26, until the American was pulled out amid a sexual assault investigation.

Instead, Cruz, 23, will get the chance of a lifetime to fill in on late notice and become an overnight sensation.

Ellerbe said: “It’s unfortunate the Romero fight fell out, but you know hey, those things are out of our control.

“This guy is coming to take Tank out the way. He’s definitely the underdog coming in, he’s a very good fighter, ranked in the top ten with every organisation.

“That tells you everything you need to know, he’s one of the top lightweights in the world.

“This is a very dangerous guy, in some people’s eyes they say it’s a tougher fight, I don’t know, it’s not for me to make that judgement.” 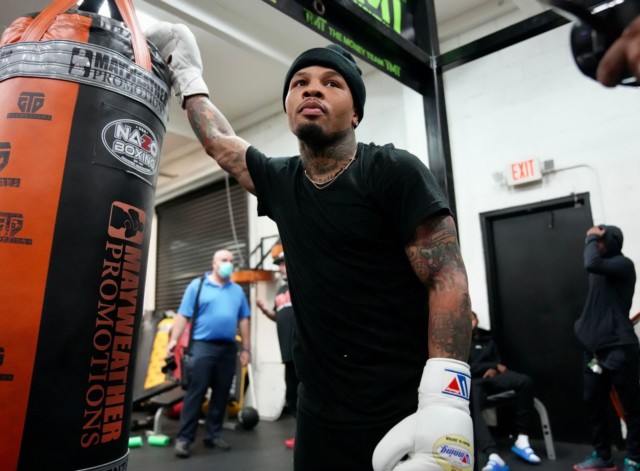 Did you miss our previous article…
https://www.sportingexcitement.com/boxing/billy-joe-saunders-denies-claims-he-stabbed-man-in-hand-and-threatened-someone-with-gun