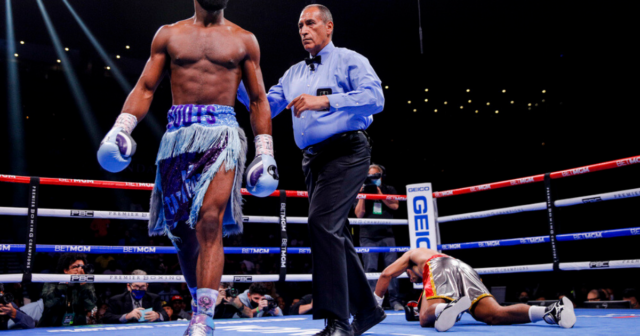 JARON ENNIS is quickly punching his way to the top of the boxing world as one of the hottest prospects in the sport.

Only 24, the welterweight contender has 28 wins, with 26 knockouts and boasts a dazzling, switch-hitting style yet to be figured out.

After just five years as a professional, already Ennis has put the game on notice and won praise from all corners, including boxing royalty.

But success in the fight game is nothing new for the man nicknamed ‘Boots’, having watched brothers Derek and Farah campaign as pros.

So there is no threat the widespread hype and plaudits coming his way will become overwhelming.

Ennis tells SunSport: “Everything is all the same to me, there’s no pressure.

“I’ve been around the game since I was born, basically. I’ve been in the game 24 years.

“I had two brothers that were professional boxers, so I was able to see them coming up, fighting on Showtime, ESPN, and stuff like that.

“So this has all been normal to me.”

Ennis, trained by his dad Derrick Sr, has a beautiful blend of speed, timing and power – in both hands from each stance.

And it has led to comparisons to some of boxing’s best ever, including Roy Jones Jr and Floyd Mayweather.

Ennis reveals: “I’ve got my own style, but people always say like Roy Jones, Pernell Whittaker mixed together. Some say Roy and Floyd.

“They’re great names – but I feel like I got my own style, my own swag in the fight game. A lot of these guys don’t do it like me.”

Ennis is rated in the top six with each governing body and as high as three with the IBF.

His undeniable skill and undefeated record justifies not only his ranking but also the approval he has received from pundits and fans alike.

But non more came higher than comments made by retired 50-0 icon Mayweather, who said of Ennis: “I feel like he doesn’t get the credit that he deserves. 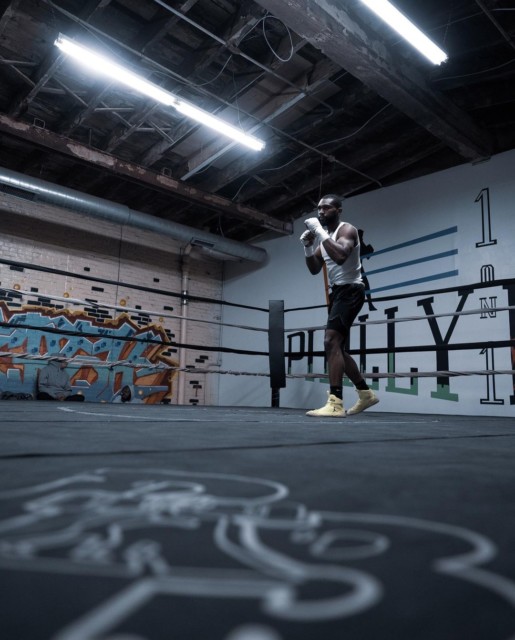 Jaron Ennis is a 28-0 welterweight 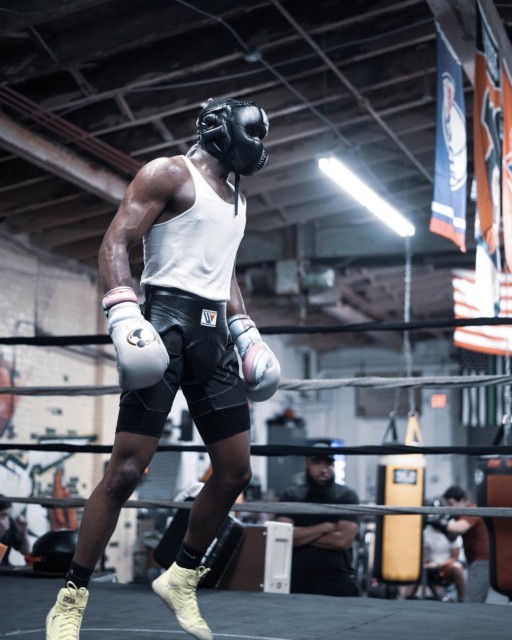 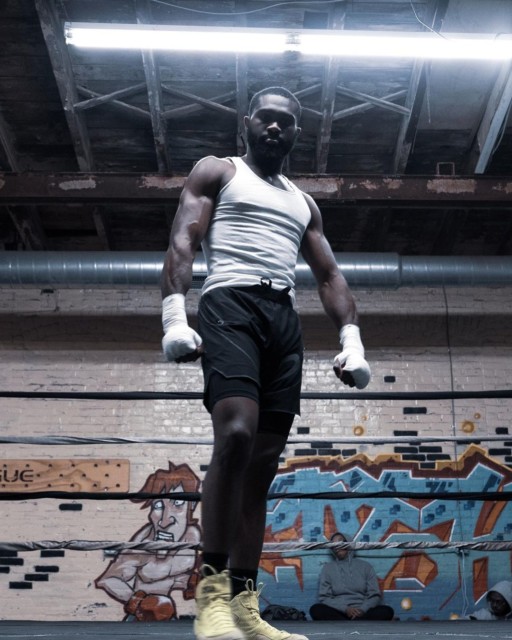 The unbeaten star has won praise from Floyd Mayweather

“We talk about a lot of fighters at welterweight, but we don’t talk about him. I think that he’s gonna be a problem, he’s a problem right now.”

In reaction, Ennis says: “I appreciate all the love and recognition Floyd gave me.

“When he was talking about me in the interview, I appreciate it, and it gave me more motivation to keep grinding to the top.”

For all the talent and promise the young American has shown, Ennis only has former light-welterweight champion Sergey Lipinets, 32, as a standout on his record.

A cut to Chris van Heerden, 34, in round one of their December 2020 fight also left him with a no-contest on his resume.

For Ennis, he is in need of a coming out party – a win that rubber stamps his right to a title shot – and he knows just the opponent for it.

He says: “I feel like Keith Thurman is a good name for me, because he’s been in there with everybody.

“So if I can’t get them world champions or the No1 spot, I feel like Keith Thurman would be a great name to beat. 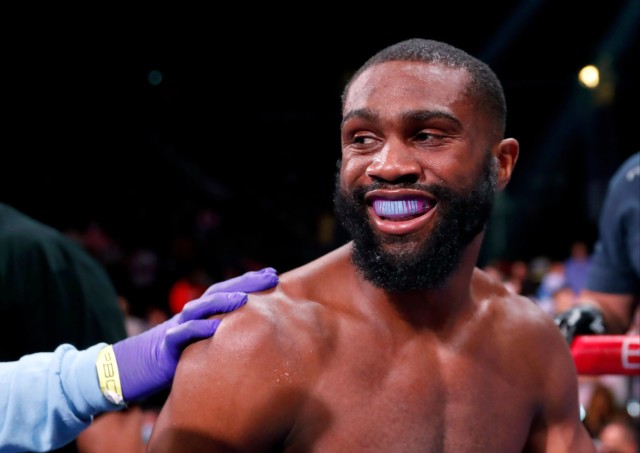 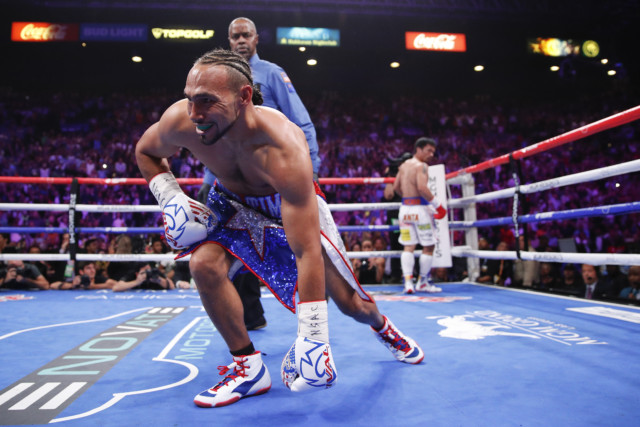 Thurman, 32, has beaten the likes of Shawn Porter, 34, and Danny Garcia, 33, during his reign as unified champion.

But he has not yet returned since defeat to Manny Pacquaio, 42, in July 2019 and also claims to be unaware of who Ennis is.

But Ennis is sure that is by design, not ignorance.

He explains: “I heard him say that. How he don’t know me, but everybody else knows me?

“Spence, Porter, Crawford, all those other guys know me, but he don’t?  What is he, out the loop or something?

“At the end of the day, I feel like he’s just respecting my skills, like he don’t wanna know me basically. He’s trying to beat around the bush.”

Ennis is in the fortunate position of having not one but two elite fighters in his weight division who are considered to be in the top ten in the world. 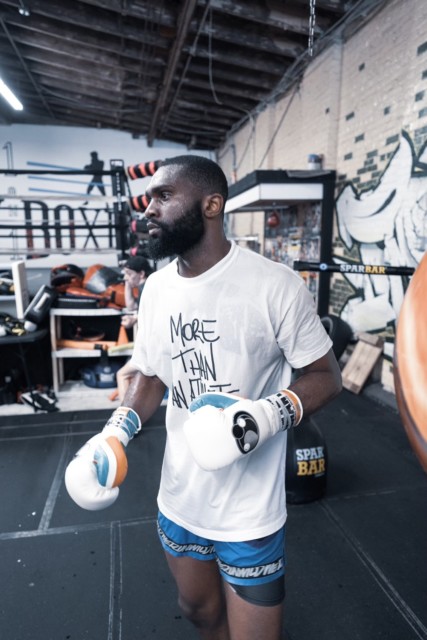 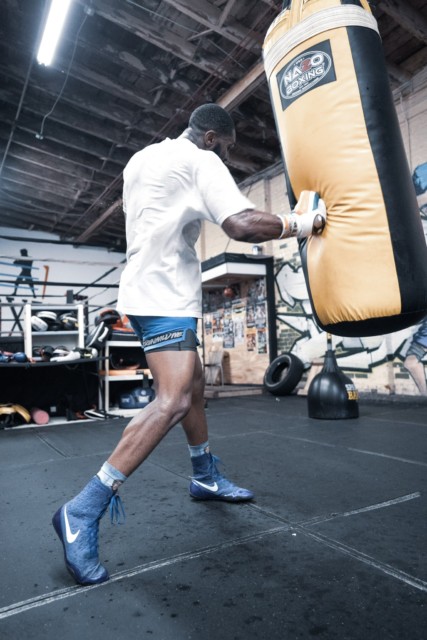 The welterweight has been likened to Roy Jones Jr

But he is waiting for Terence Crawford, 34 and Errol Spence Jr, 31, to finally settle who is the welterweight No1, before swooping in.

Ennis says: “It’s a great thing to have two pound-for-pound guys in the same weight as me.

“Hopefully they fight each other, then I can come in there and fight one of those guys, or both.”

Challenging WBO champion Crawford, who fights Porter on November 20, or WBC and IBF holder Spence is well within Ennis’ sights.

And if he had it his way, it would be sooner than most predict.

Ennis says: “Honestly, I feel like it could happen next. But, realistically probably one more fight, one or two more fights.”

The Philadelphian most recently knocked out Puerto Rican Thomas Dulorme, 31, in stunning fashion in under two minutes.

And already Ennis is back in the gym as he continues his path to welterweight glory. 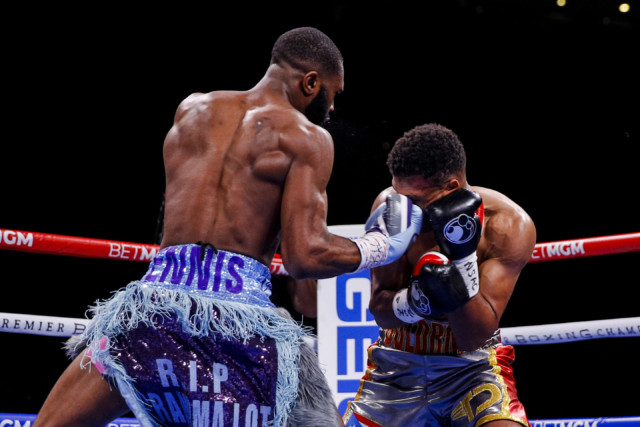 Jaron Ennis knocked out Thomas Dulorme in his last fight 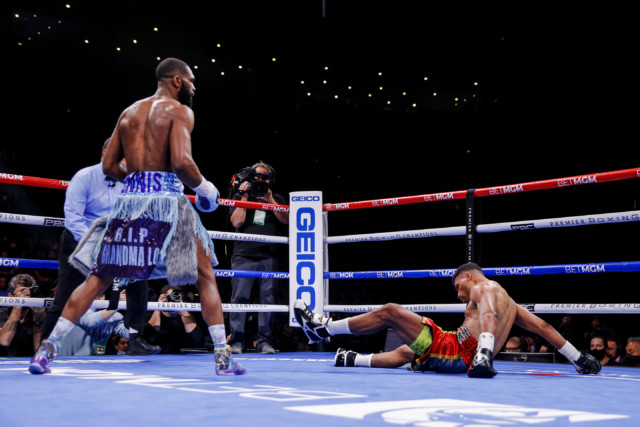 Thomas Dulorme was knocked out in round one
In this article:asone, boxingworld, fiveyears