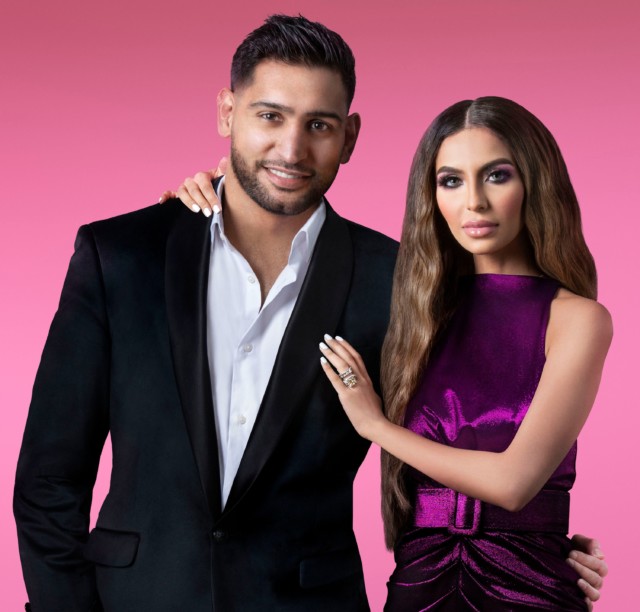 AMIR KHAN has never been one to shy away from the limelight, and he finds himself back on our TVs on Sunday evening.

The Bolton boxer is starring in a new eight-part reality show called Meet The Khans: Big in Bolton, alongside his wife Faryal Makhdoom.

Meet The Khans: Big in Bolton will delve into the lives of Amir Khan and Faryal Makhdoom

The documentary series will detail both Khan and Makhdoom’s lives as husband and wife, their home life, as well as their business ventures.

Khan hasn’t retired from professional boxing, but has not been in a ring since he beat Billy Dib by 4th-round TKO back in July 2019.

How can I watch Meet The Khans: Big in Bolton?

Can I live stream Meet The Khans: Big in Bolton?

What have Khan and Makhdoom had to say?

“We wanted to show people out there, our fans, the real us,” Khan said.

“I worked hard to be in this position.

“Hopefully this series will motivate people to work hard in life and chase their dreams.

“I still have the same friends from high school. I’ve not changed one bit, I’ve always kept myself real.

Makhdoom said: “Amir’s the fourth child of the family. He demands more than my one-year-old.

“I’m not just Amir Khan’s wife. I have my own life, my own career.”