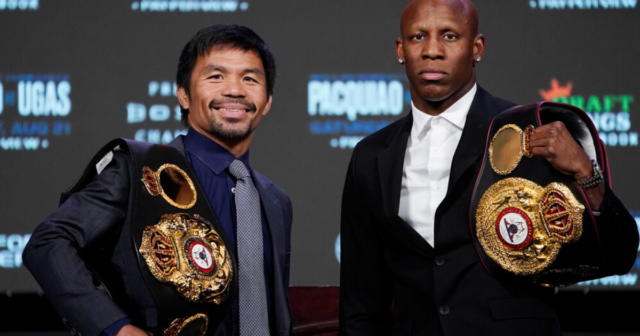 YORDENIS UGAS is the Cuban who replaces Errol Spence Jr to fight Manny Pacquiao and said a win will ‘define my legacy’.

Ugas’ story started in the boxing nation of Cuba, where he represented his country as an amateur.

He won gold in the Worlds in 2005 and then three years later left the Beijing Olympics with a bronze medal.

Believing his business was done in the unpaid ranks, Ugas did what many other Cuban legends have done in the past – defect from his homeland.

Turning professional in Cuba is prohibited, meaning boxers have to try and sneak out to pursue their world title ambitions.

Ugas was no different, travelling to Mexico and then Miami, on a small raft with his journey taking two days.

He even feared for his life while on route, but the dream of boxing’s biggest fights remained on his mind throughout.

Now, fast forward 11 years and he has earned himself a chance like no other, against the sport’s only eight-division champion Pacquiao. 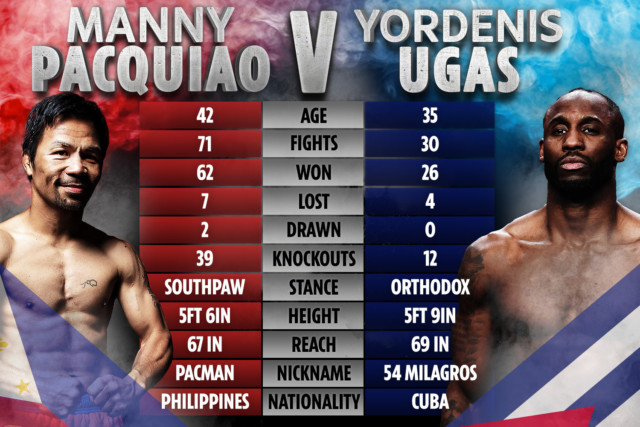 Ugas, 35, told SunSport: “This is the kind of fight I’ve always dreamed and worked towards since I started boxing in Cuba.

“This is a fight that will define my legacy.”

Cuban greats from the past such as Guillermo Rigondeaux, 40, Yuriorkis Gamboa, 39, and Erislandy Lara, 38, all fled to America.

And while Ugas’ story is yet to be completed, he hopes to put himself among those names before hanging up the gloves.

He said: “I focus on working hard and controlling what we can control and that’s the work my team and I put in the gym.

“There have been many great Cuban fighters that come before me and there will be many more after me.

“It will be a humbling experience to be mentioned with all the great Cuban champions.” 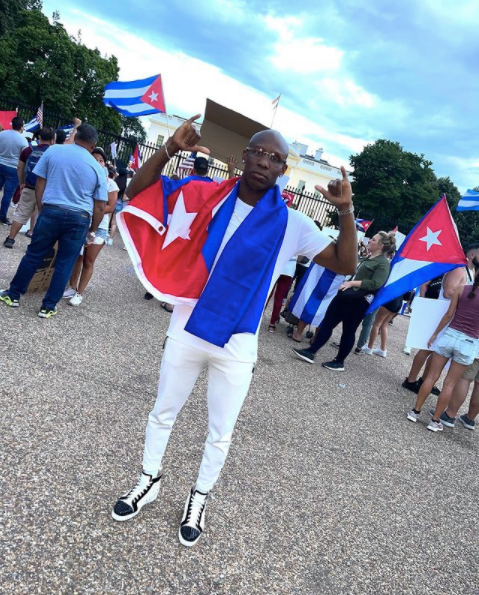 Yordenis Ugas won bronze for Cuba in the 2008 Beijing Games 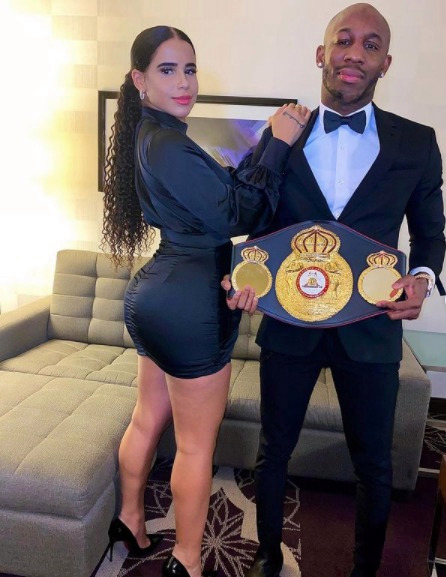 Yordenis Ugas holds his WBA belt next to his partner 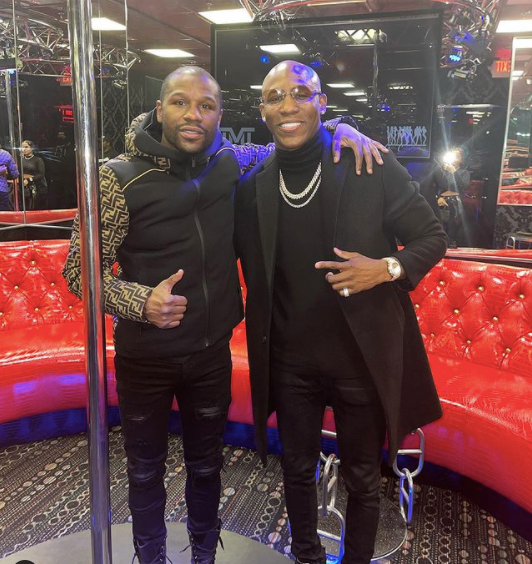 Ugas made his professional debut in 2010, the same year he arrived Stateside.

He won his first 11 fights before losing in an upset against Johnny Garcia in 2012.

Despite bouncing back with four wins, Ugas suffered disaster in 2014 with consecutive defeats, against Emmanuel Robles and then Amir Imam.

It proved so damaging, the former Olympian suddenly retired from the sport.

Ugas, living in New Jersey at the time, then took up odd jobs to make ends meet, until his life was turned around with one phone call.

Aroldis Chapman, a baseball star who had signed a lucrative contract with the Cincinnati Reds, offered his friend and fellow defector a lifeline. 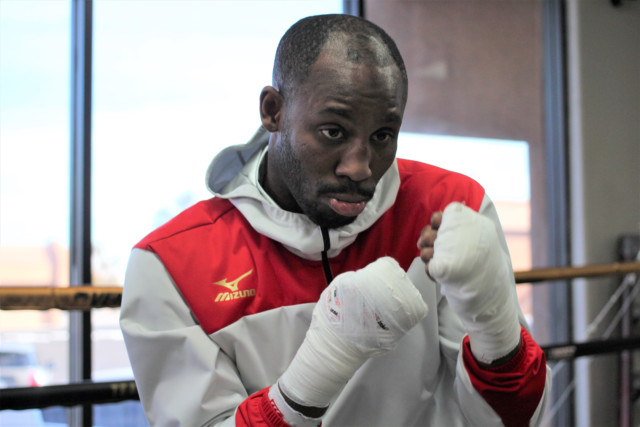 Yordenis Ugas defected from Cuba to America in 2010 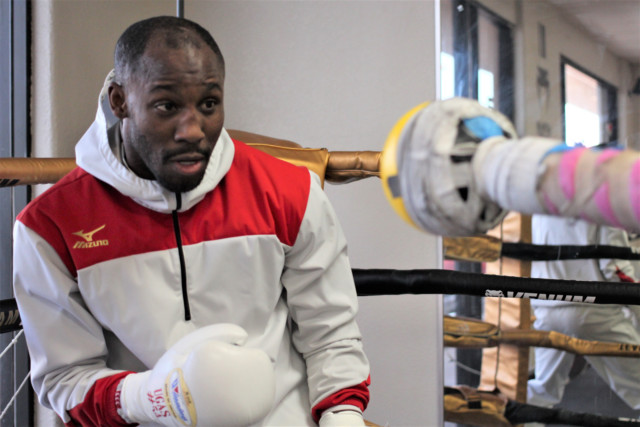 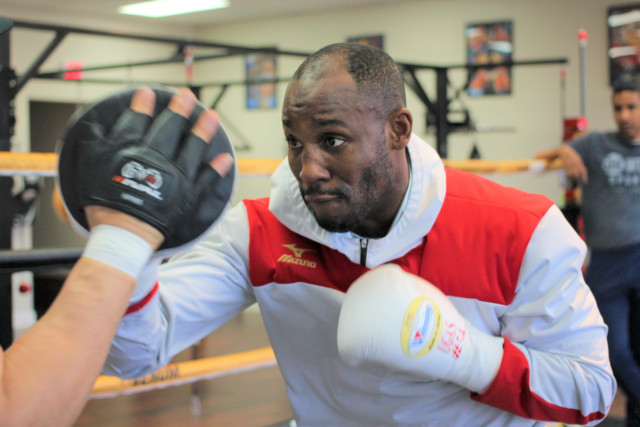 Chapman gave Ugas money to return to boxing and train in Las Vegas, an opportunity which was taken with both hands, quite literally.

Ugas was busy after returning in 2016, winning eight fights in two years while signing for mysterious boxing mogul Al Haymon.

He finally got his world title shot in 2019, but was beaten by Shawn Porter, 33, for the WBC welterweight belt.

Still, Ugas remained determined to reward his up and down career with gold.

And he did so after winning twice more following defeat to Porter and challenged American Abel Ramos, 30, for the WBA’s secondary ‘Regular’ belt in September 2020.

Still, Filipino icon Pacquiao, 42, was considered the champion, having won the full version against Keith Thurman, 32, a year prior. 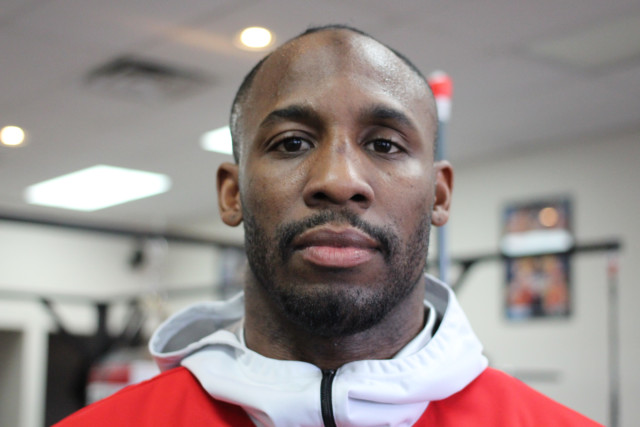 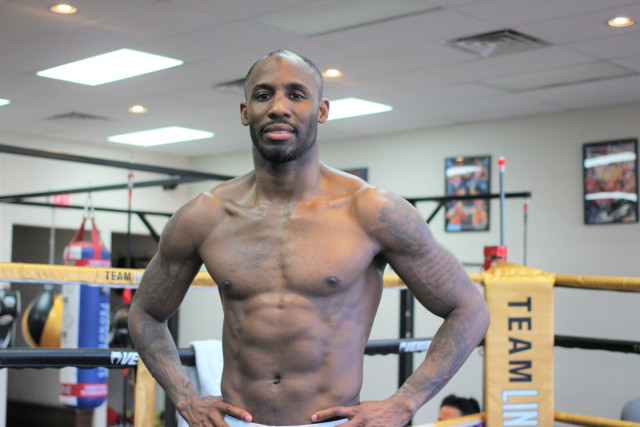 But controversy struck in January as PacMan was STRIPPED of his title, due to inactivity, despite being unable to fight amid the coronavirus pandemic.

It saw Ugas elevated to champion, and left a debate needed to be settled, setting up the perfect decider in Vegas.

He said: “The winner on Saturday night, will be the true WBA champion.”

Despite the welterweight headliner proving the perfect fight to crown an undisputed WBA king, it arose in unprecedented fashion.

Unbeaten Texan Spence, the WBC and IBF champ, was due to defend his titles against Pacquiao.

But an injured eye in sparring saw him pull out, while Ugas, set to feature on the undercard, also had his opponent Fabian Maidana, 29, withdraw. 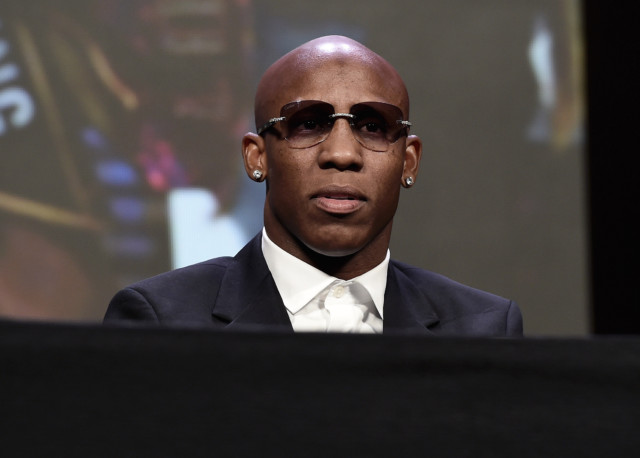 Yordenis Ugas at his press conference with Manny Pacquiao 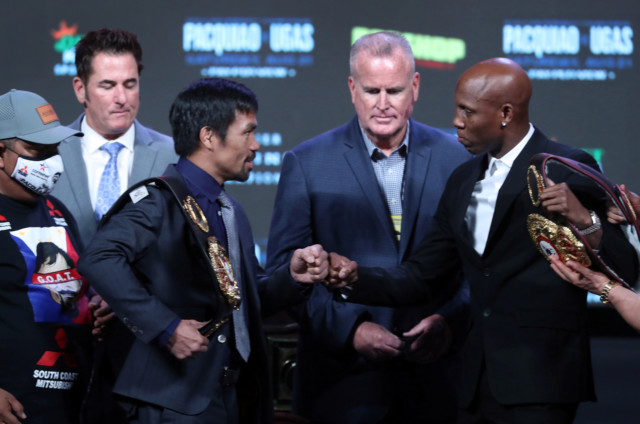 Coincidentally, Maidana also suffered an eye injury, leaving as luck would have it both Ugas and Pacquiao without opponents.

A simple solution was met, with Ugas now offered the chance to announce himself like never before with the world now watching.

He said: “First and foremost, I want to wish Errol Spence a speedy recovery.

“I was very excited to get the opportunity to fight with a legend like Manny Pacquaio.

“He’s one of the greatest fighters of our time, much respect, but now it’s time to fight. I’m eager to show the world what I can do versus a legend.”