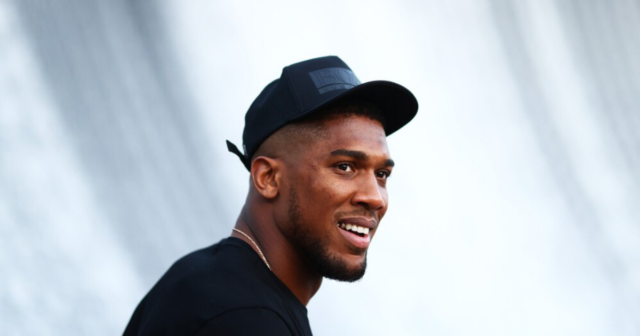 ANTHONY JOSHUA has opened up on the struggles he suffered mentally after defeat to Oleksandr Usyk but vowed: “I will redeem myself.”

Joshua surrendered the unified WBA, IBF and WBO heavyweight titles in September after a 12-round masterclass by Usyk.

It was only AJ’s second ever loss, following a shock round seven stoppage to Andy Ruiz Jr in June 2019.

Joshua, 32, then beat Ruiz, also 32, in the rematch six months later – and is now plotting similar revenge against Usyk, 34.

He told Sky Sports: “I have high expectations of myself.

“But it gave me motivation to pull myself out of that position. Mentally it killed me, and I fought my way back, and I will redeem myself.”

Joshua has been left questioning his training team after the comprehensive defeat to Usyk.

AJ has since spent time in America visiting several gyms and coaches, ahead of his contracted rematch with the Ukrainian this year.

He was even spotted in the gym with boxing legend Floyd Mayweather, 44, during a recent trip to Dubai.

Joshua has not yet confirmed whether he will replace head coach Rob McCracken, or add to his training team.

But he admitted there is now no margin for error, with the chance to regain his heavyweight throne on the horizon.

“So we’re talking about game-planning, mindset, brain training, our approach to sparring and what we’re getting out of it.

“Dietary needs, sleep, recovery, mindset training to what I’m listening to musically, motivational speeches, and stuff like that.

“This is the biggest stage of my career, fighting for the heavyweight championship of the world.

“I belong on the big stage. I belong as a champion. I belong amongst the names of this current generation.

“If I didn’t fight the best, I may have never lost [in my career]. I know people have high expectations of me as well, and I think that’s why they are so shocked [when I lose].”