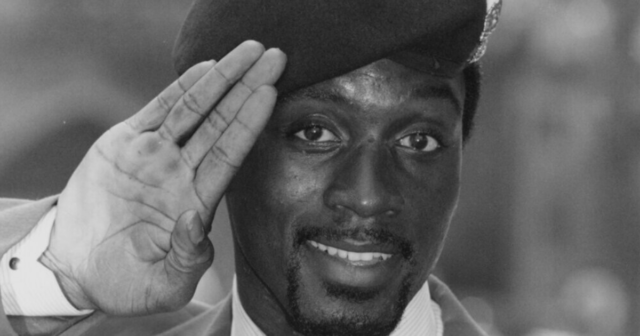 MICHAEL BISPING was staring at prison ceiling walls when he mapped out a plan to follow in Nigel Benn’s footsteps by joining the army as a boxer.

British legend Benn served four years in the forces after signing up aged 18 to avoid a life of crime.

He then turned professional after a successful amateur career in the army and became of of the nation’s most celebrated fighters.

So when Bisping found himself in a maximum security prison in his early 20s for a bar fight, he looked to Benn for inspiration.

He told SunSport: “I started thinking, ‘What am I going to do?’

“I kept coming back to fighting, I tired to join the army to become a professional boxer, to go down the same path as Nigel Benn.

“But that never happened. Then, slowly and surely I came up with this crazy plan to be a mixed martial artist.”

Bisping, who competed in kickboxing and jujitsu, was no criminal growing up in Clitheroe, Lancashire, but admitted to getting into one too many scraps on the street.

One such brawl saw him jailed for a month, all while his wife Rebecca was seven months pregnant.

It was at that moment, Bisping ‘hit rock bottom’ and realised his life had to change there and then.

Speaking while on his evening with tour in the UK, he said: “I left school at 16 and I thought I had it all figured out.

“And then you soon come to find out there’s not much call for uneducated, unqualified 16-year-olds.

“I soon figured out life wasn’t going anywhere, money was tight, I was broke all the time and I was sick of that.

“Of course, I was young and I was an idiot, going out and getting into fights and things like that and I’m not proud of that phase in my life. 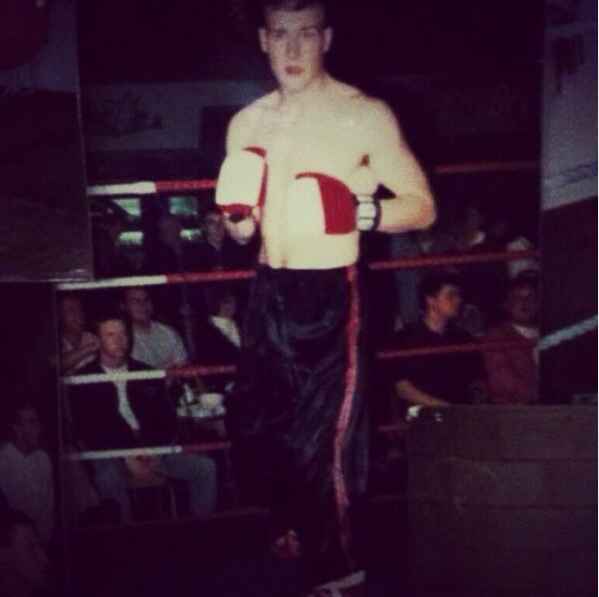 Michael Bisping competed in kickboxing and jujitsu growing up 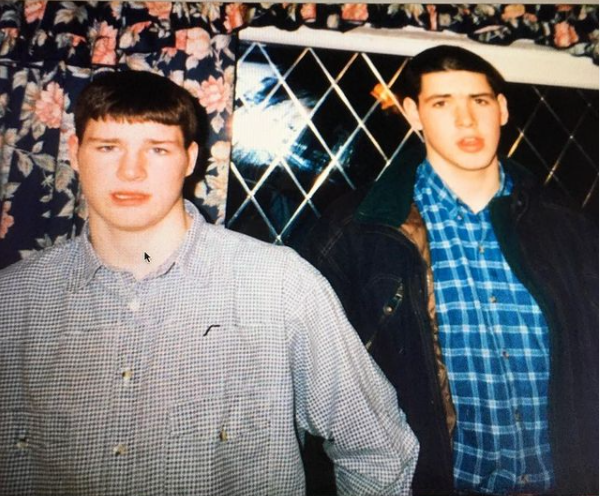 The future UFC legend, left, aged 21 with his brother Konrad

“I ended up going to prison, and that was when I hit rock bottom. I was sat in prison and looked around and I was surrounded by the dregs of society.

Bisping made his MMA debut in 2004 in Newcastle, at a time when the UFC were considering selling with the sport failing to hit the mainstream.

That was Stateside, meaning the landscape was even worse in Britain.

“The scene looked a lot different then, now it’s a lot more professional.

“Sometimes you’d show up at shows in the early days and there would be no doctors, or no ambulance crew or anything like that. 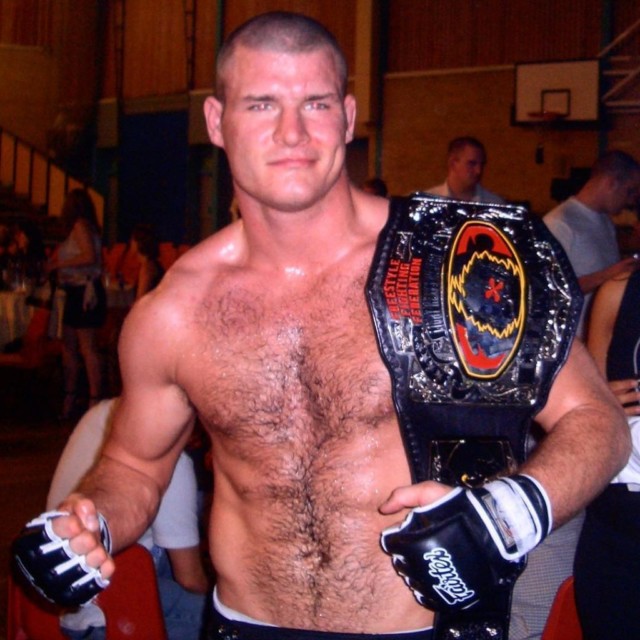 Michael Bisping made his MMA debut in 2004 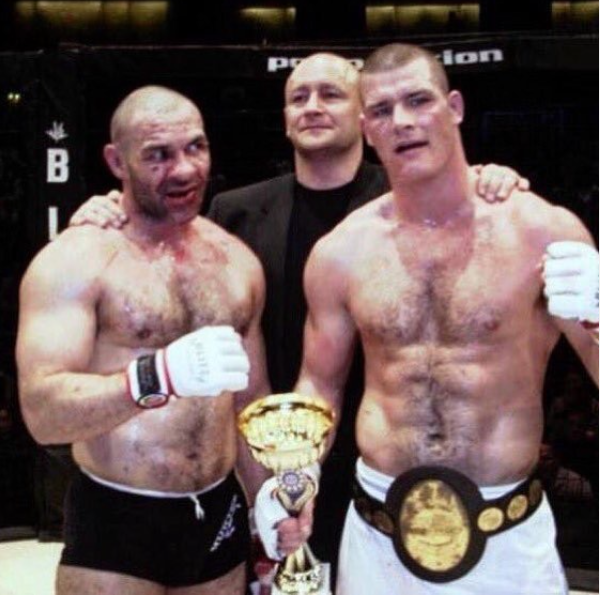 “The health and safety rules were not exactly adhered too, shall we say. Opponents getting switched out on the day.

“I’ll be honest, that was part of the appeal, as well, it was fun, it was gritty, it was raw.

“And we all felt like we were a part of something that was going to explode and be big.”

Bisping was right, and the sport did explode, thanks in large to the debut of the UFC’s reality TV series The Ultimate Fighter, which first aired in 2005.

A year later, Bisping was invited to compete in third season and eventually won it, booking his way into the UFC, where he stayed until retirement.

The middleweight then capped off a rollercoster career in 2016, knocking out rival Luke Rockhold to finally win the UFC title. 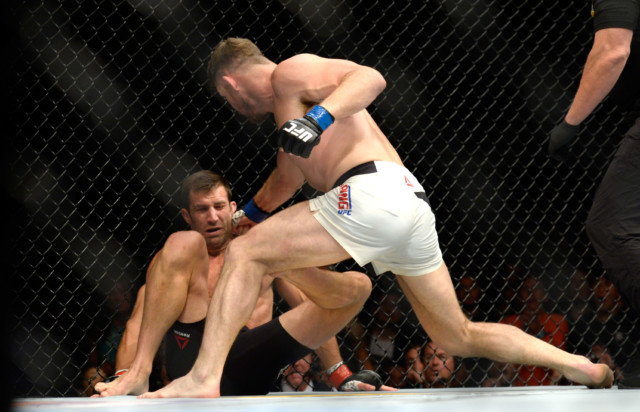 Luke Rockhold was knocked out by Michael Bisping in their rematch 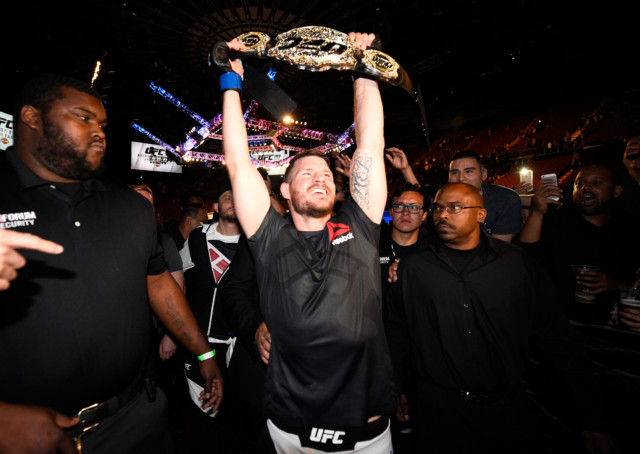 Bisping, who only fought Rockhold on two weeks notice, then made one homecoming defence against Dan Henderson.

He lost the title to UFC legend Georges St-Pierre in 2017 and retired after his next fight, a loss to Kelvin Gastelum.

Bisping remains the only British UFC champion and a huge player in catipulting the sport to new heights in the UK.

It is a far cry from his early underground days, which helped pave the way for the most iconic UFC career in British history.

Bisping said: “Now, to see where it’s gone since I was involved in the early days, it’s amazing to see and to think I was a little part of that, to help it grow, I am proud of that.

“I didn’t even know the sport existed, but I was 100 per cent in, there was no back up plan. I stayed the course and it all panned out.” 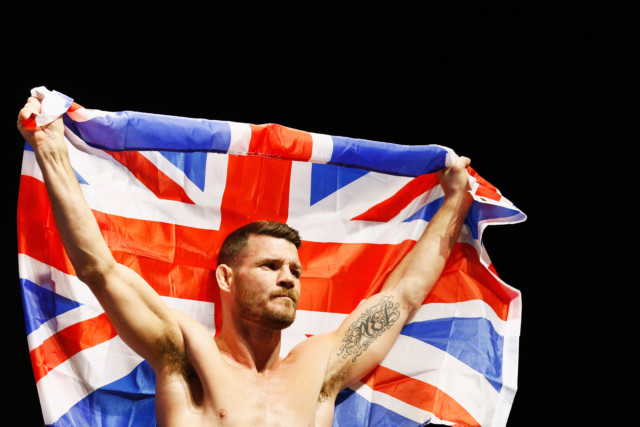 Michael Bisping is the greatest British UFC fighter in history
In this article:lifeofcrime, michaelbisping, Newcastle, thearmy