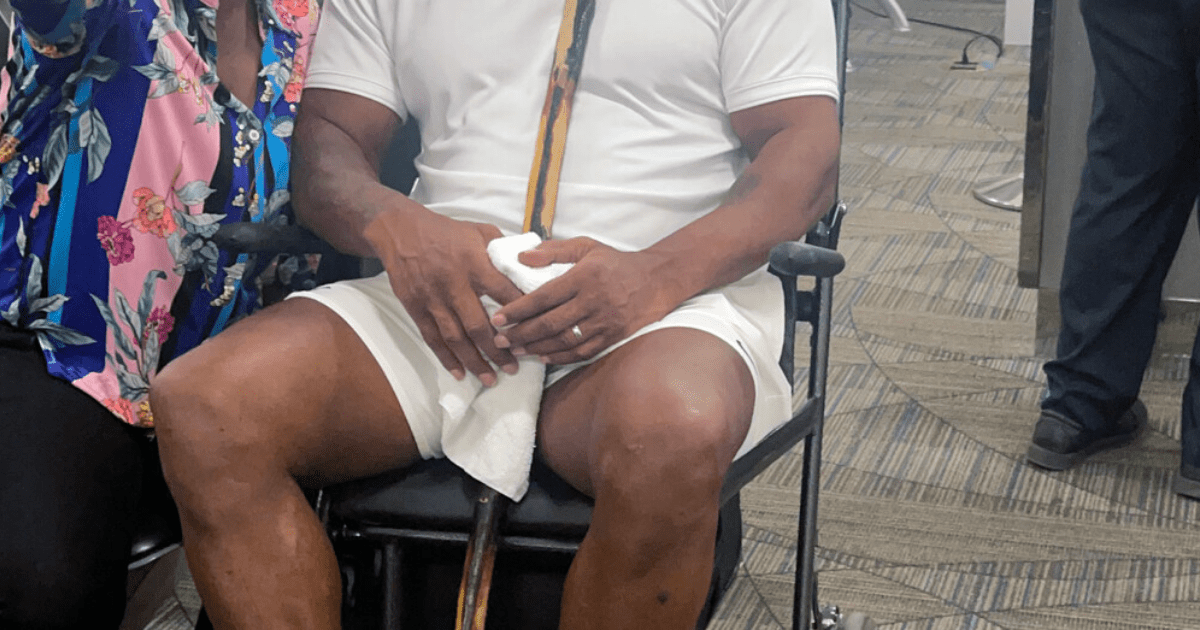 MIKE TYSON has been spotted in a wheelchair while holding his walking stick at Miami airport.

The former world heavyweight champion, 56, looked to be in a frail condition as he made his way through the terminal.

Tyson was pictured sitting in a wheelchair at Miami airport 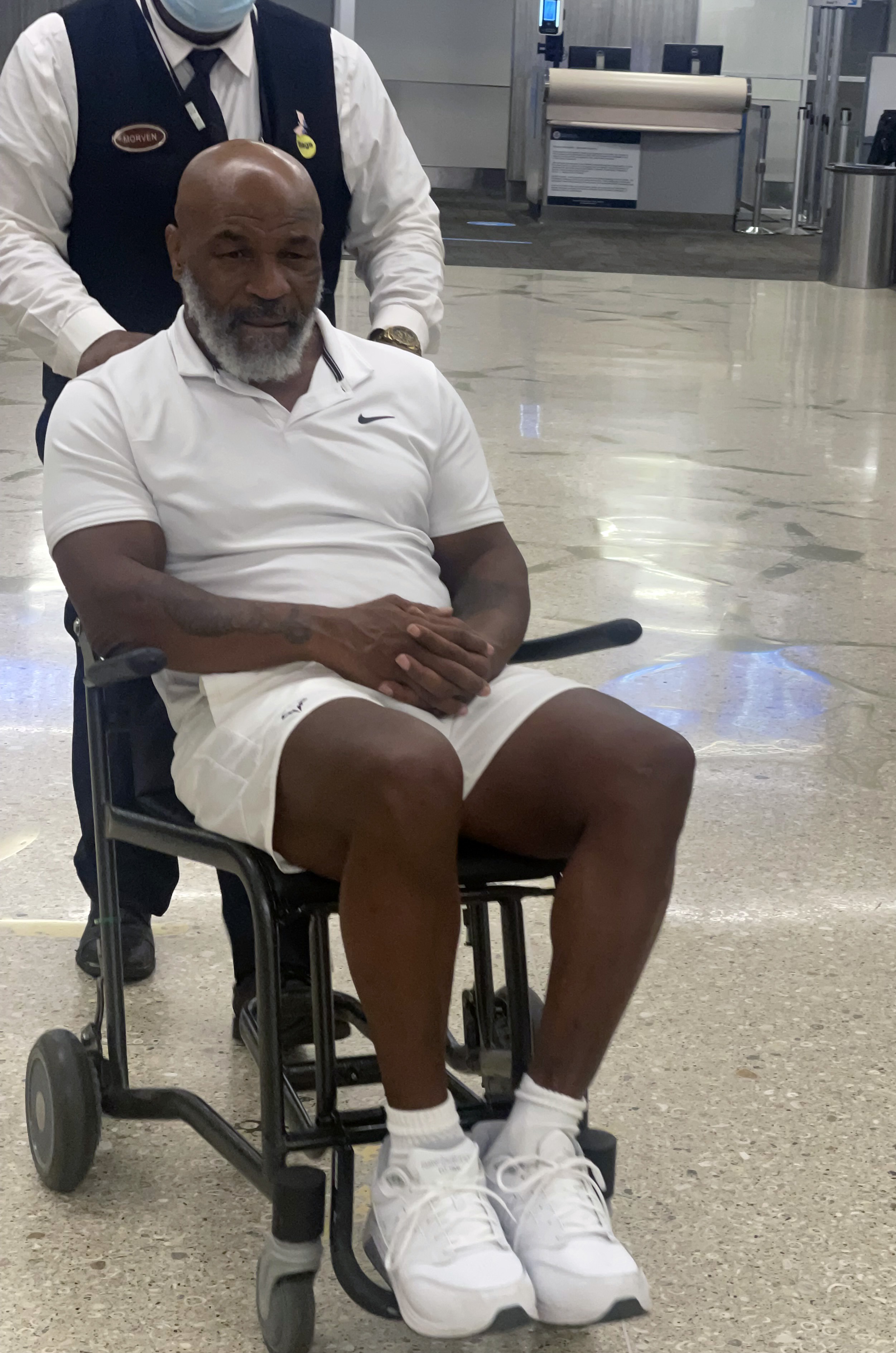 But Tyson still took the time to pose for photos with fans at the airport.

It comes just weeks after he was seen arriving at a New York hotel with a walking stick.

Tyson’s health has been the subject of much concern in recent months.

The fears came about after he claimed on his Hotboxin’ podcast that he believes he is going to die “real soon”.

He said: “We’re all gonna die one day of course. Then, when I look in the mirror, I see those little spots on my face.

“I say, ‘Wow. That means my expiration date is coming close, really soon.'”

Meanwhile, Tyson recently gave his verdict on who would win in a battle of Britain clash between Tyson Fury and Anthony Joshua.

AJ is preparing to try and avenge his loss to Oleksandr Usyk in Saudi Arabia on Saturday night.

If he does emerge victorious, fans will be clambering for a fight between Brits Joshua and Fury – despite The Gypsy King claiming he is retired.

And Tyson feels Fury would have too much for AJ if the two were to meet.

He told Fight Hype TV: “You know I love Joshua but I think Tyson’s too elusive and he’s [Joshua] not gonna hit him.

“Listen we’re keeping it honest right, I like Joshua a lot right, maybe he punches harder than [Deontay] Wilder – but he doesn’t punch faster than Wilder.

“If he doesn’t punch faster than a Wilder he’s not going to f***ing touch this guy and that’s just what I see.

“He [Joshua] punches hard but he doesn’t punch fast, if Tyson Fury can get away from Wilder’s fast punches – Joshua might be in trouble.”