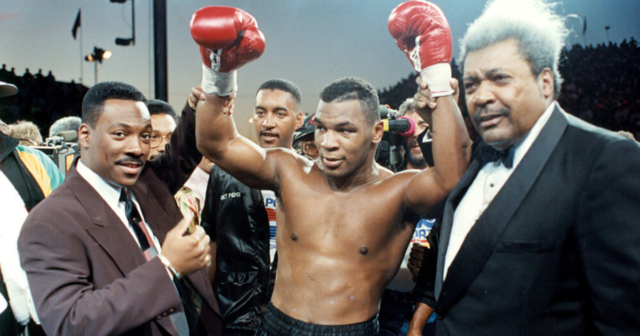 WITH 44 KOs across 50 wins in his career, it’s fair to say Mike Tyson will forever be known as one of boxing’s greatest heavyweights ever.

Fans forever argue as to who would win in their prime: Iron Mike or Muhammad Ali.

But Tyson, 55 – who made his comeback against Roy Jones Jr in 2020 – has also had his say on how he’d fare against some of the current best in the heavyweight division.

From British stars Tyson Fury and Anthony Joshua, to the Bronze Bomber, Deontay Wilder, ‘The Baddest Man on the Planet’ has revealed how each fight would go.

Check out what he makes of the hypothetical super-fights… 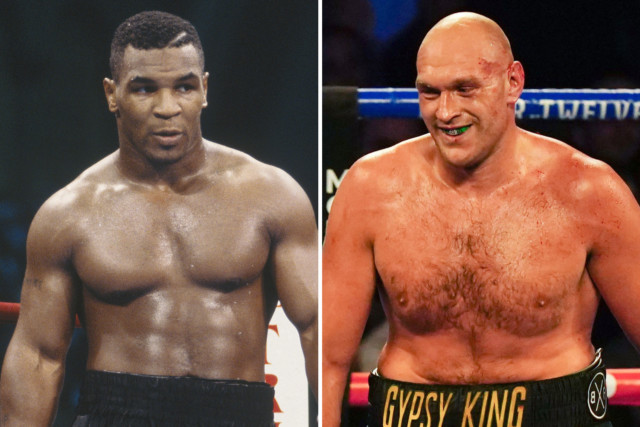 Back to his dangerous best, 6ft 9in Fury beat Wilder in Las Vegas in 2021 to clinch the WBC and The Ring magazine belts.

And he kept them with a homecoming win over Dillian Whyte earlier this year.

Tyson has been a fan of Fury’s since before his rise to the very top – having watched the controversial draw in his first fight with Wilder.

Tyson claimed: “In the first fight I was hoping for Tyson Fury, I always pulled for him because he was named after me, that is the natural thing to do, right?

“He amazed a lot of people by getting up. He showed he is tough, he got up and won the final round.

“I thought it was over, then he got up and it was like Rocky, he then fought back.

“It was amazing, it made me a fan. It takes great fortitude and belief.”

But, as with AJ, Tyson revealed he’d beat his namesake if he was in his prime – while admitting it would have been tough.

The American said: “Listen, if you’re asking me if I was 20 years old, then yes, there’s no doubt.

“They’re really good fighters and I respect all these skills. It would have been very tough fighting them.” 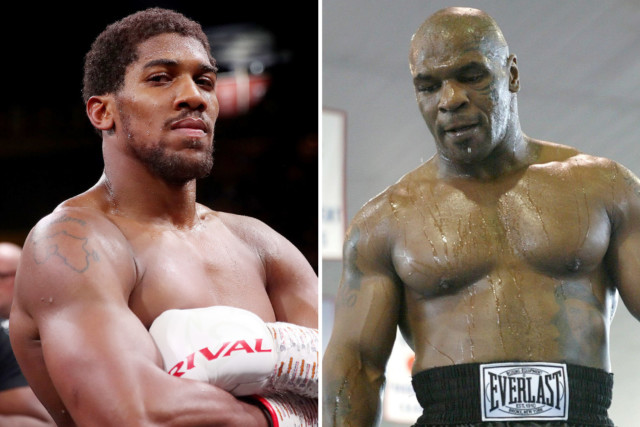 The former WBA, IBF, WBO, and IBO champion, AJ was stunned by Oleksandr Usyk and lost his belts late in 2021.

Tyson revealed: “Hey, I really like him. You know what he is? He’s really a breath of fresh air.

“You just wish the best for him.

“I don’t know. My ego says, ‘nobody would beat you’ – but you look at him and… he just looks beautiful.

“He just looks like a fighter, you know? He looks like he was born to do what he has to do. He needs more experience of course, but that will come in life.”

Despite remaining fairly tight-lipped on that occasion – while speaking on his Hotboxin’ podcast – Tyson had previously claimed he would easily beat Joshua.

When asked if he’d beat AJ or Fury, Tyson replied: “Yes. Listen, if you’re asking me if I was 20 years old, then yes, there’s no doubt.

“They’re really good fighters and I respect all these skills. It would have been very tough fighting them.” 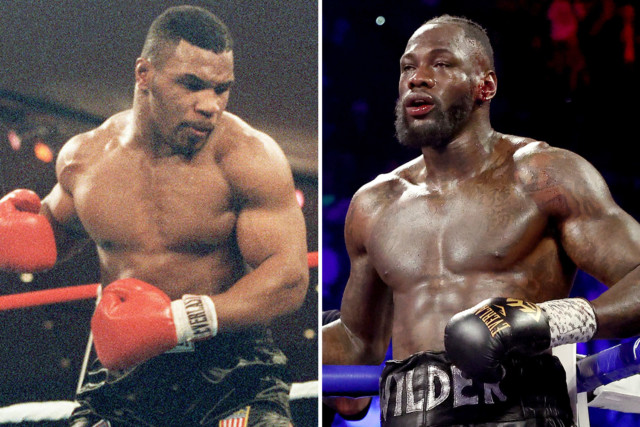 Wilder might have lost out to Fury in their trilogy – but he’s back on the boxing trail after rumours he was about to hang up his gloves.

The Bronze Bomber has claimed his hard-hitting style would see him beat Tyson.

“Listen, I’ve got to keep it real. I know people always go back to the old school or look at the new school and there’s no school where I’m not No1 on earth.”

Replying to those comments before his defeat to Fury, Tyson was typically diplomatic, saying: “I don’t know [whether I’d beat him].

“I love the fact that he thinks that, because that’s the way I would think as well.

“He’s supposed to think that way, he is the heavyweight champion of the world and that’s something very special.”

But Tyson’s former trainer, Jeff Fenech, was in no doubt as to who would win…

Fenech said: “Boxing’s not the same now. I’d guarantee that if Mike Tyson trained for six weeks, he’d knock Wilder out in a minute.

“He would hit them. If these guys are getting knocked out by Tyson Fury – who’s a great fighter, but not a huge puncher – Tyson would kill these guys.

“They’re not on the same level today. Mike today, I reckon if he trained he could still beat these guys.

“Fury’s got these other skills, but Deontay Wilder’s got a punch and nothing else. If you punch him, it’s over.