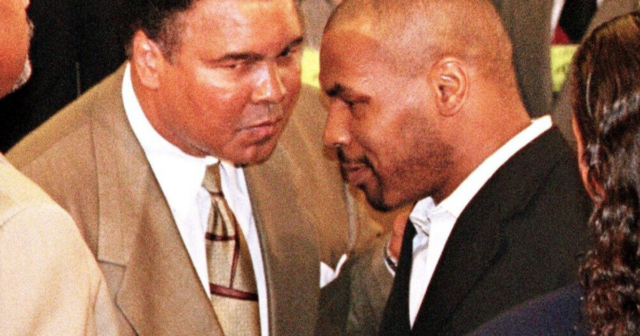 MIKE TYSON has hailed the late Muhammad Ali as ‘the greatest man ever’ on what would’ve been the boxing legend’s 80th birthday.

The former undisputed heavyweight champion of the world passed away in the summer of 2016 following a long battle with Parkinsons’ disease. 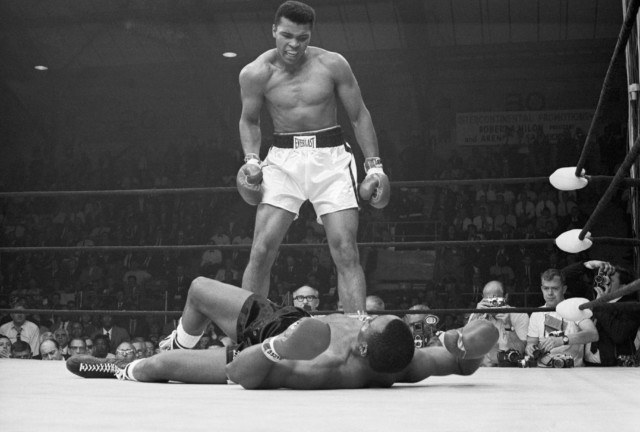 Iron Mike idolised Tyson as a child and paid tribute to his hero on Twitter early on Monday morning.

He tweeted: “Happy birthday to the greatest man ever, Muhammad Ali.

“He inspired those at the lowest level of life to reach the highest levels of life.

“Not just in boxing, but life.”

Tyson still holds the late Ali in the highest regard and regularly sings the praises of The Greatest.

Last September, he proudly shared a throwback photo of one of his many meetings with Ali on his Instagram page.

So strong is Tyson’s adoration of Ali he reckons the slickest trash talker of all time would’ve beaten him if they’d fought in their primes.

He told Yahoo Sports: “I know it’s a fantasy game.

“Most likely I would win the fantasy, but I wouldn’t win the real fight. Ali’s the greatest there’s ever been.” 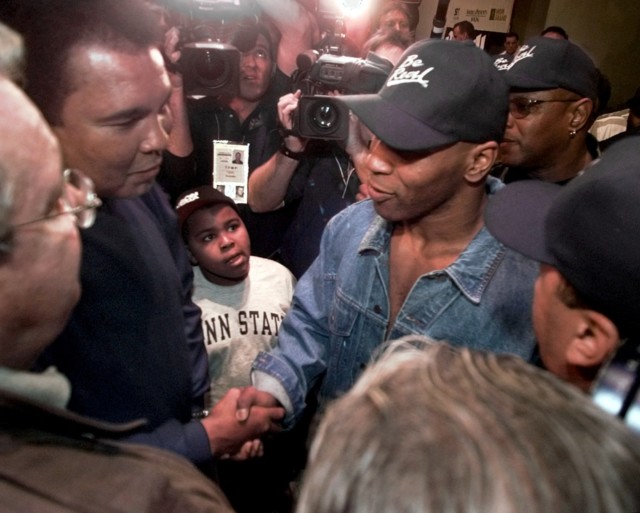 “He was just a dead-game guy. He was dead game. He had too much pride. He refused to lose.”

He added: “Ali is the most competitive fighter ever.”