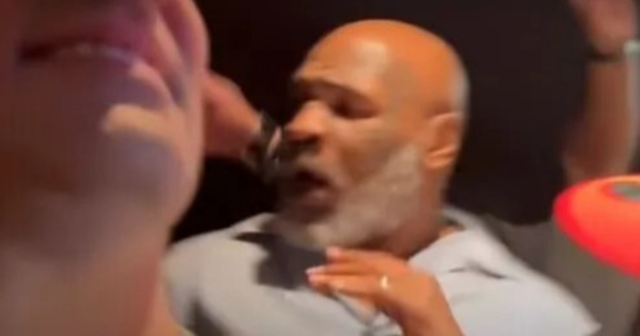 MIKE TYSON had another run-in with a fan just weeks after the boxing legend repeatedly punched a passenger on a plane.

The youngest heavyweight champion of all time was in Las Vegas to watch Shakur Stevenson’s win over Oscar Valdez.

And he was later filmed taking pictures with supporters when a woman came up from behind Tyson, 55.

She appeared to put her hand in his face while he posed for a photo.

And the boxing icon was left visibly annoyed.

Alongside his entourage, Iron Mike then walked off and a heated altercation was avoided. 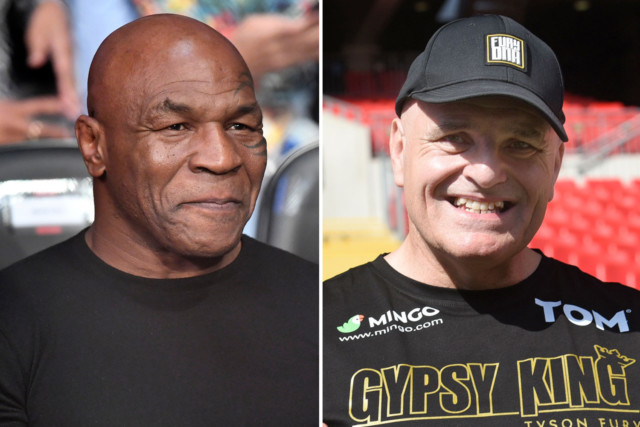 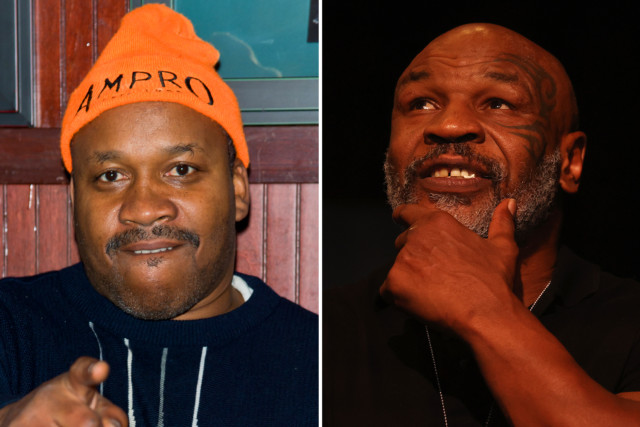 Tyson is a ‘gentleman’ but ‘if you push him he will push back’, says pal

It comes only weeks after Tyson was recorded in an alleged attack on a plane passenger Melvin Townsend III, who is said to have bothered the boxer.

The incident took place before a flight scheduled to leave San Francisco International Airport for Florida at 10.30pm local time.

Police later confirmed they were called to the incident in San Francisco after 10pm when the plane prepared for take-off.

They spoke to two men, who were unidentified but both were released.

“When Mike Tyson boarded the plane, he became overly excited. At first, their interaction was cordial.

“At a certain point, Mr. Tyson clearly became agitated by an overly excited fan and began to strike him in an excessive manner.

“This situation could have been avoided simply by contacting the flight attendant.”

A spokesperson for Tyson said: “Unfortunately, Mr Tyson had an incident on a flight with an aggressive passenger who began harassing him and threw a water bottle at him while he was in his seat.”

Did you miss our previous article…
https://www.sportingexcitement.com/boxing/eddie-hearn-says-cyborg-and-holly-holm-want-katie-taylor-fight-but-demand-for-amanda-serrano-rematch-is-too-high/