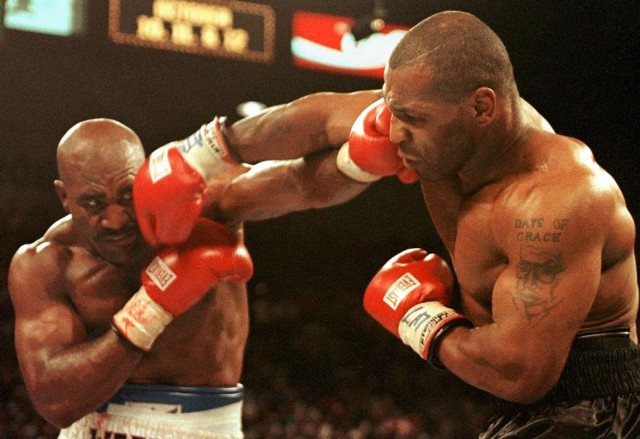 MIKE TYSON insists Evander Holyfield was the toughest boxer to knock out.

And he branded his old rival as a ‘f***ing monster’ for his resilience in the ring.

Tyson, 54, won 50 of his 58 professional bouts in his illustrious career.

Of those wins, 44 came via knockout inside the distance.

However, two of his six defeats were against compatriot Holyfield.

The Real Deal knocked Tyson out in November 1996 to claim the WBA heavyweight title and defended it seven months later when Tyson was disqualified for biting.

Tyson and Holyfield are discussing the possibility of a possible trilogy, exhibition fight.

Iron Mike returned to the ring to face Roy Jones Jr last year and could try and finally get his revenge on Holyfield nearly 25 years on.

Two of Holyfield’s ten pro defeats were by KO while Tyson was stopped five times in total across his 20-year career.

Asked if he remembers the times he got knocked, he added: “S***, all of them. I was never unconscious and stuff. I remember all of them.

“This is interesting. You never know what’s gonna happen. Some guys, they’re knocked out, but they’re fighting.

“Sometimes when you hit a guy and you don’t feel it, like you missed him.

“Sometimes you hit a guy and he’s conscious, everything’s cool with him, he’s not hurt, but his legs are all over.

“He can’t stop his legs from moving. He’s doing the dance, he can’t stop.”

Tyson earned a reported $30million (£21.2m today) for the second Holyfield fight, despite their Las Vegas showdown lasting just three rounds before he was punished for taking a chunk of his nemesis’ ear out.

But the Baddest Man on the Planet managed to splurge a whopping £1m within 90 minutes of getting the pay cheque.

And as he left the office with manager Don King, he advised Tyson to ‘keep it calm’ and not go crazy with the money.

But the heavyweight star reversed his new Lamborghini into a parking bollard and dented the rear bumper.

As a result, he told himself the supercar was cursed and gave the keys to a random security guard who happened to be standing nearby.

Then moments later, he went on a shopping spree at a Versace store in Caesar’s Palace where the bill came to more than £560,000.

Broadcaster Jim Gray recalled the story in his book: “I remember he bought purple shoes and yellow and orange scarves.

“The second he took that stuff out of the store, it had no value. He didn’t care. He ordered King to take care of it.”

At that point, King demanded the cheque back for safekeeping to ensure Tyson stopped splashing the cash and the boxer reluctantly agreed. 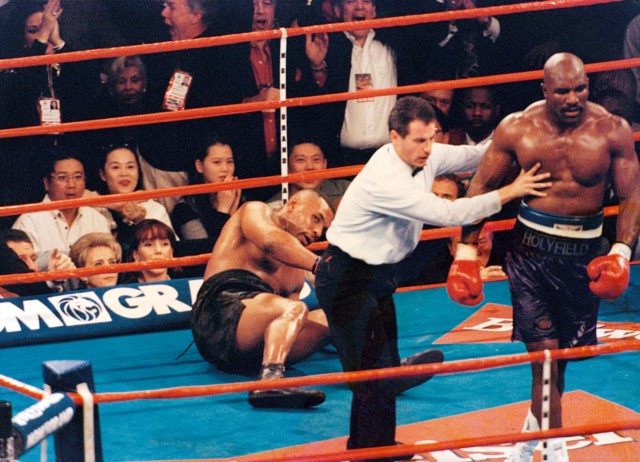 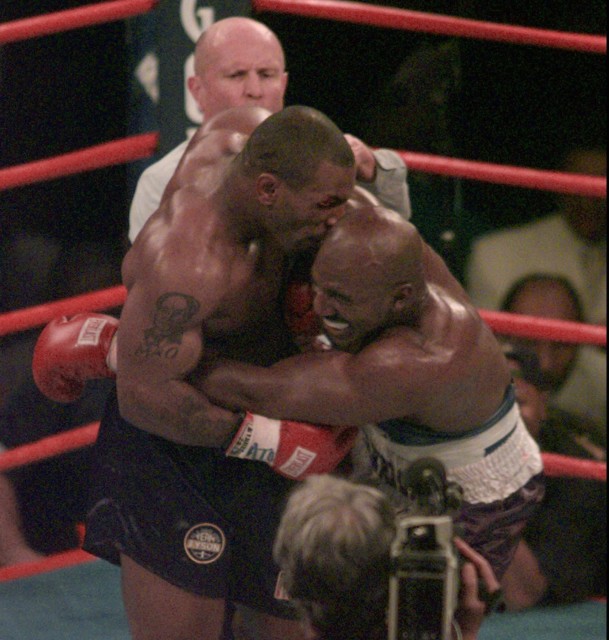 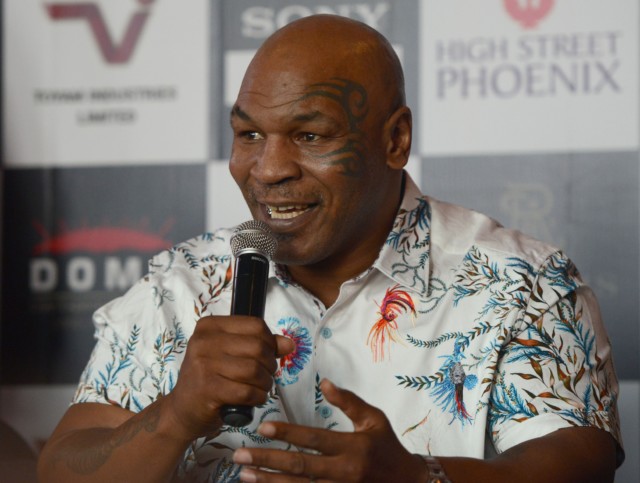