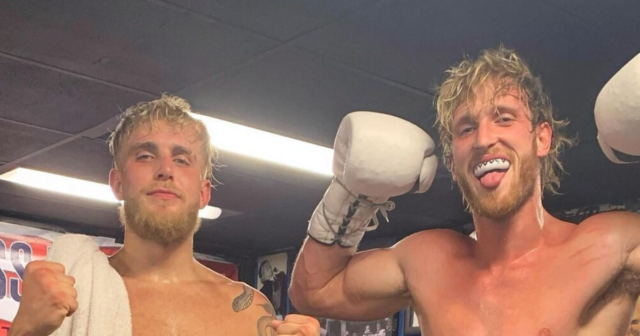 BOXING legend Mike Tyson admits he’d happily take a fight with one of the Paul brothers.

Social media stars Jake and Logan, 24 and 26 respectively, have taken the boxing world by storm over the last 18 months. 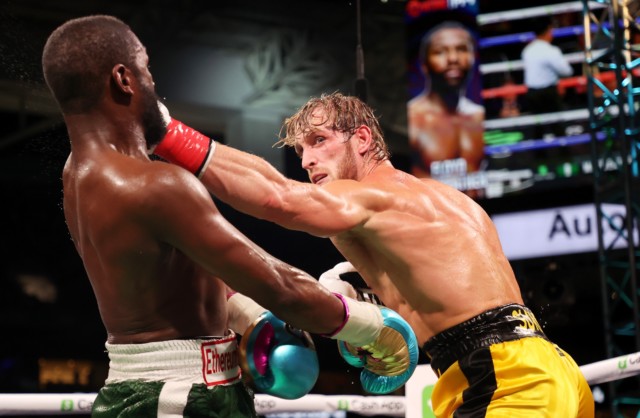 The YouTubers have divided opinion in the boxing world, but Tyson admits he’d jump at the opportunity to face either man.

When asked if he’d fight one of the Pauls, the 55-year-old said on his podcast: “Yeah, hell yeah.”

A defiant Tyson replied: “They would. That would be a lot of money.”

Tyson reckons Logan would be willing to step in the ring with him if $100million (£74m) were on the table.

“100million bucks, they’ll do anything. They don’t care about getting beat up for $100million.”

Logan hasn’t fought since his clash with Mayweather but plans to set foot inside the ring again.

He said: “Come on, baby, baby. Come on. Yeah, of course, I have to. This is the coolest thing on the planet.

“You think about the Roman Colosseum, when you watch the gladiators fight to the death.

“Look around. My brother filled this arena up in Cleveland, Ohio, his home city. It’s the coolest thing anyone could ever ask for.

“I’ve said it before, I’ll say it again: Fighters, bro, modern-day gladiators. There is no more dangerous athlete.

“When the fighter walks in the room, everyone feels it. He’s got a presence. And it’s cool, I love it.

“I love the sport, I love entertaining. And honestly, I’m f***ing good, bro.” 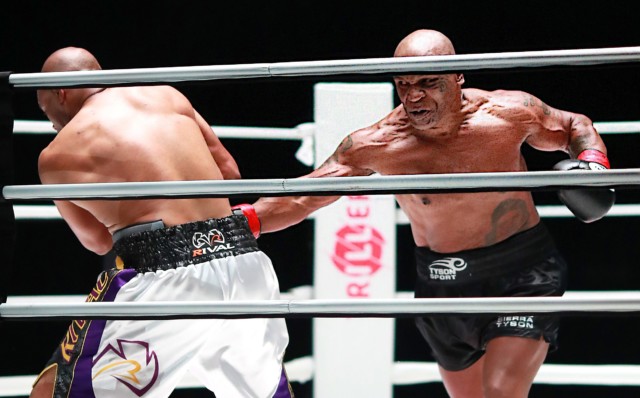 And The Baddest Man of the Planet is targeting a rematch with Lennox Lewis after his old foe Evander Holyfield fell at the hands of Vitor Belfort last month.

Tyson told ES News: “Evander f****d up the money. We gotta do it with Lennox [Lewis] now.”