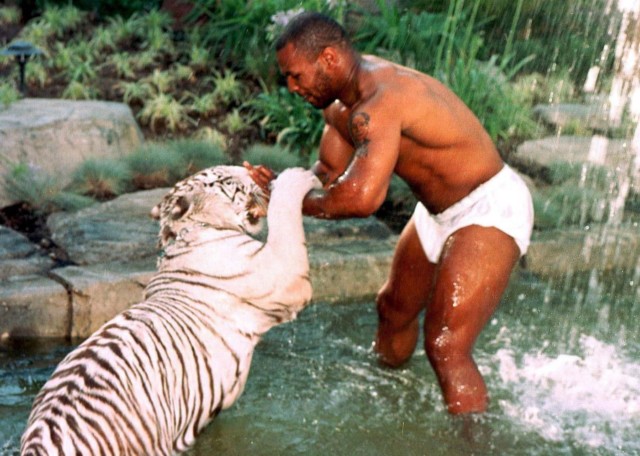 MIKE TYSON revealed his regret over owning three big tigers as pets admitting it was “foolish, they’d kill you”.

The white Bengal tigers – which reportedly cost £48,000 each – became an infamous part of Tyson’s character, with the American having three pet jungle cats. 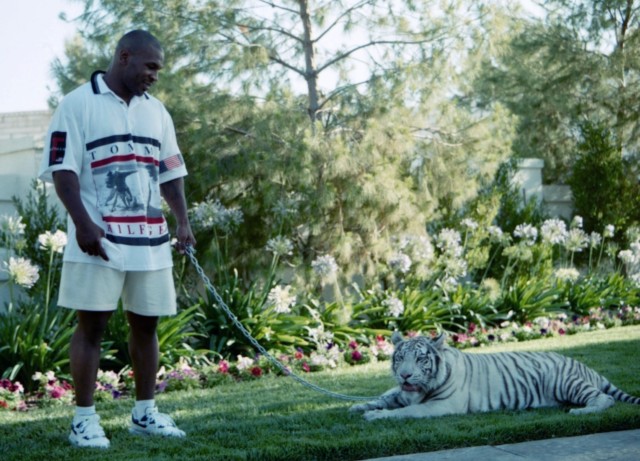 But, now aged 54, the former ‘baddest man of the planet’ told American rapper Fat Joe that owning the pet cats was naive because of how dangerous they were.

As the two discussed the new Netflix documentary ‘Tiger King’, Tyson said on Instagram live: “I was foolish. There’s no way you can domesticate these cats 100 per cent.

“There’s no way that’s going to happen. They’ll kill you by accident, especially when you’re playing rough with them, you’re punching them back. They get hyped up, hit you back and you’re dead.

“I’m just happy I educated myself. I was doing the wrong s***. I shouldn’t have had them in my house, believing they were domesticated. I was wrong.”

In the same conversation, the boxing legend recalled how he once had to pay a trespasser £200,000 after one of his Bengal tigers “f***** up” her hand so badly.

Tyson said: “Somebody jumped over my fence where the tiger was and started playing with the tiger.

“The tiger didn’t know the lady so it was a bad accident. She jumped into the property where the tiger was.

“They tried to [sue] until they found out she jumped over the fence and she trespassed with the tiger.

Tyson decided to buy the outlandish pets after sparking up a conversation with a car dealer during his three-year prison sentence, for a 1992 sexual assault conviction.

He said on the Joe Rogan podcast: “So I’m in prison, I’m talking to my car dealer at the time.

“He has some cars that belong to a [mutual friend], and he’s discussing, ‘If he doesn’t pay for these cars, I’m going to sell these cars to somebody and get some horses.’

“I said, ‘What, you can get horses? And trade horses in for cars?’ Because I had a lot of cars, I’d probably get some horses too. And he said, ‘Yeah man, you can get cougars, lions, tigers.’

“The guy said, ‘Imagine how cool that would be?’ Because I had a bunch of fancy cars, ‘Imagine that man, you’d be in an Aston Martin or a Ferrari. You’d have a tiger right next to you, man. That’s be so awesome.’ 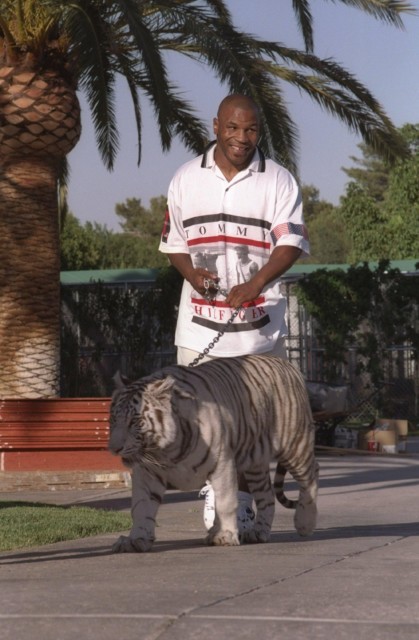