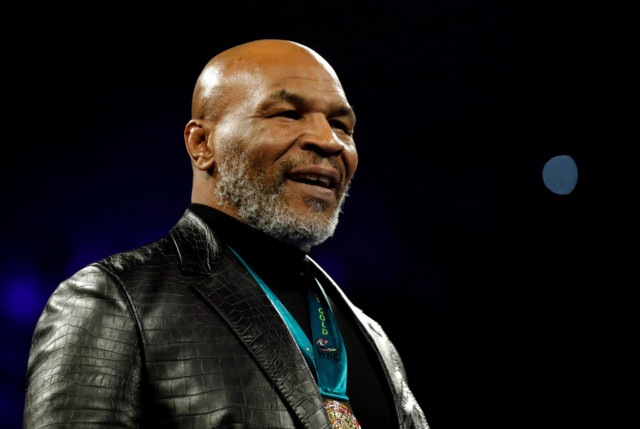 MIKE TYSON has revealed he was injected with nearly-translucent blood in his bid to make a comeback… and the former heavyweight champ said it made him feel “weird”.

The 54-year-old – who initially retired from boxing in 2005 – will fight Roy Jones Jr in November in his eagerly-anticipated comeback fight.

Mike Tyson has opened up about his ‘weird’ blood injection

His return to action has been aided by stem-cell research therapy, which has left him feeling like a “different person”.

In May, Tyson claimed: “You know what I had done? I had stem-cell research therapy.

“I feel like a different person but I can’t comprehend why I feel this way.

“It’s really wild what scientists can do.”

Tyson opened up on the effects the treatment has had on him in an recent interview with rapper LL Cool J on the Rock the Bells Radio show on SiriusXM, earlier in 2020.

Commenting on the mental aspect of training for a fight for the first time in 15 years, he said: “My mind wouldn’t belong to me.

“My mind would belong to somebody that disliked me enough to break my soul, and I would give them my mind for that period of time.

“Six weeks of this and I’d be in the best shape I’ve ever dreamed of being in. As a matter of fact, I’m going through that process right now. And you know what else I did, I did stem-cell research.”

Tyson was then asked whether that meant if his white blood had been spun and then put back in, to which he replied: “Yes. As they took the blood it was red and when it came back it was almost transfluid (sic).

Iron Mike had been called out by former rival Evander Holyfield to complete their trilogy following their two meetings in 1990s.

But he has since looked elsewhere, taking on Jones Jr later this year – potentially in front of a packed house.

Tyson is looking in incredible condition, too as he continues this hard graft.

Advertisement. Scroll to continue reading.
In this article:heavyweightchamp, hewas, royjonesjr