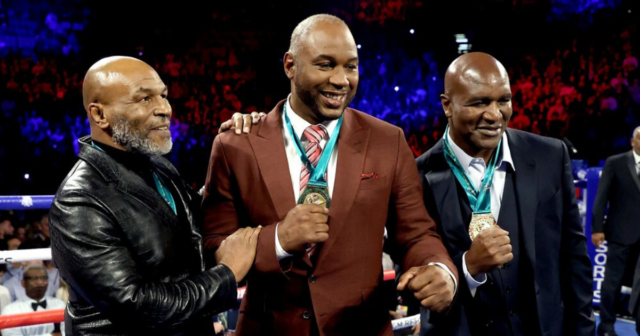 MIKE TYSON said he needs to fight again and called out Lennox Lewis to a rematch after Evander Holyfield ‘f***ed up the money’.

The heavyweight legend last November came out of retirement for a stunning comeback.

He faced Roy Jones Jr, 52, in an eight round exhibition, which ended in a draw, and vowed to carry on fighting.

His return to the ring inspired Holyfield, 58, to also start training again, which led to his disastrous fight with ex-UFC champion Vitor Belfort, 44.

Belfort beat the veteran former champion all around the ring before the referee rightfully put a stop to the farce.

Tyson, 55, has been left furious, believing a lucrative but not needed trilogy with Holyfield is dead in the water, leaving Lewis, 56, as his new target.

He told ESNews: “I want a fight. I need another one.

“We were supposed to go with Evander Holyfield but Evander f***ed up the money so we got to do it with Lennox now.”

Tyson in 1996 was beaten in round 11 by Holyfield and in their rematch a year later he was disqualified for biting his rival’s ear.

But they were recently in talks for a trilogy bout, 24 years on from the infamous ‘Bite Fight’, until they failed to agree terms.

Lewis in 2002 knocked out Tyson, and according to ex-mobster turned motivational speaker Michael Franzese, a rematch is now on the cards.

Franzese, who had Iron Mike as a guest on his YouTube channel, said: “He’s going to be fighting again in December.

“Lennox Lewis, and I can tell you he’s in great shape.” 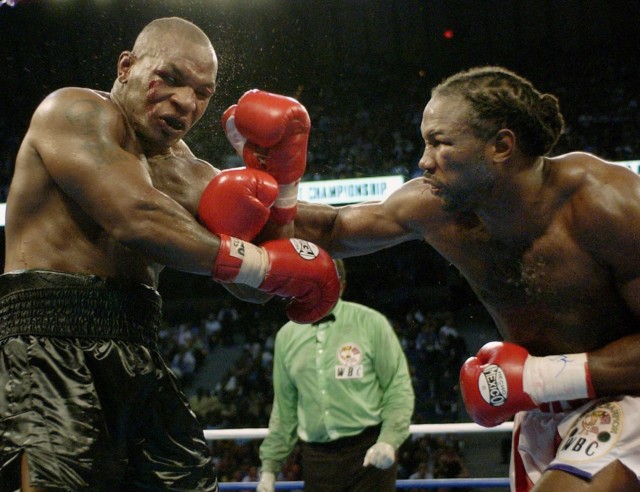