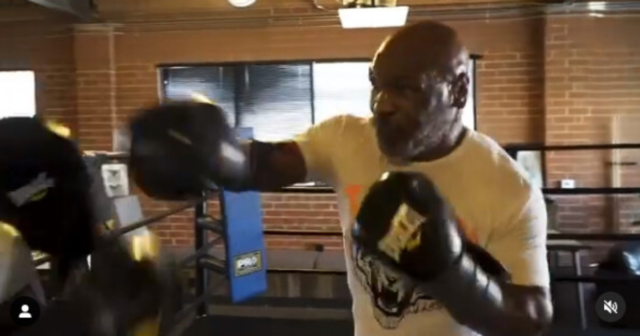 MIKE TYSON looked 20 years younger as he showed off his boxing skills and speed on his return to the training ring.

The former heavyweight world champion, 55, has not lost his magic in the eight months since he fought Roy Jones Jr.

Tyson showed furious speed and precision as he trained with Rafael Cordeiro, posting a video for all the world to see on his Instagram account.

And the world responded with huge stars praising the boxer’s skill.

There was a steely determination in Tyson’s eyes as he hit the pads in a Brooklyn gym.

His caption carried a similar theme, quoting the song Shook Ones Part II by Mobb Deep.

Tyson wrote: “Don’t make me have to call your name out. Your crew is featherweight, my gunshots’ll make you levitate.”

Tyson is clearly intent on organising another exhibition fight and his caption should be read as a warning to potential opponents, such as Lennox Lewis and Shannon Briggs.

A fight may not be too far away and Tyson revealed in a podcast earlier this year that he is running six miles a day in preparation.

A meeting with Evander Holyfield to reignite an infamous old rivalry could also be on the cards, with the pair reportedly entering talks over a potential fight earlier this year.

Two other possibilities include James Toney and Wladimir Klitschko, with Toney calling out Tyson in March. 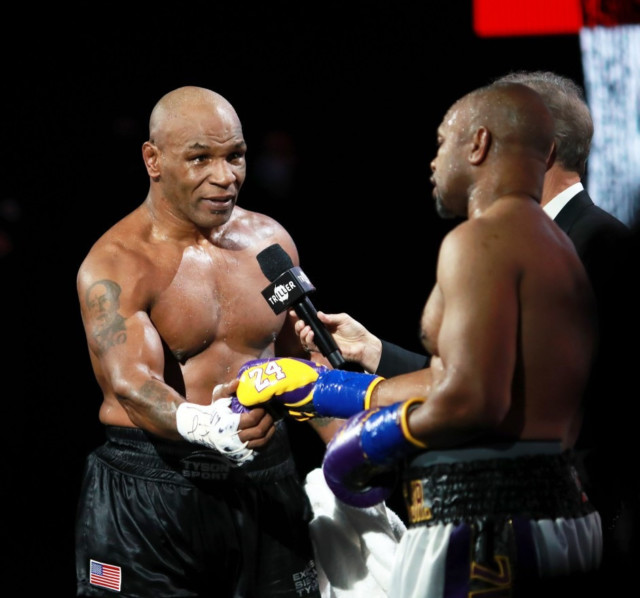 Tyson and Roy Jones Jr. agreed to end their exhibition bout as a draw 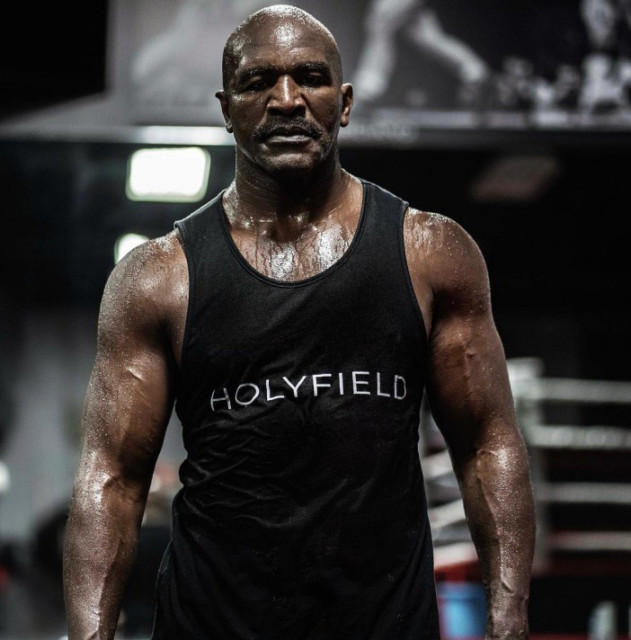