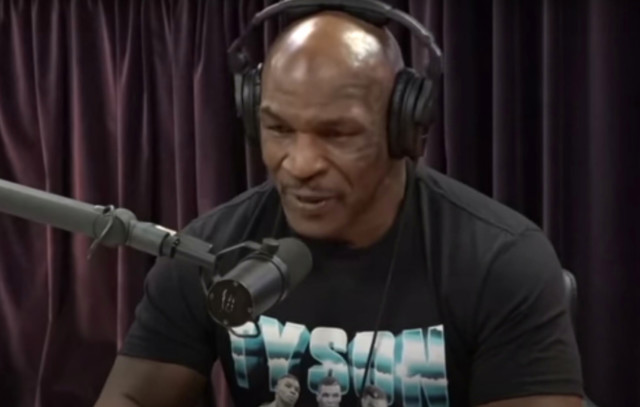 MIKE TYSON suggested he got erections from boxing when he was younger and described a fight as ‘orgasmic’.

The 54-year-old heavyweight legend is preparing to make a comeback, 15 years since last fighting, having signed to box Roy Jones Jr, 51, in an exhibition bout.

Tyson visited Joe Rogan and opened up in a bizarre interview about the emotions he felt before and during a fight.

He admitted to struggling with the notion of preparing to hurt someone physically.

He follows up by asking Rogan: “What does it mean when fighting gets you erect?”

“Well that’s how I’d get when I was a kid. Sometimes I’d get the twinkle.”

He has not boxed since losing to Kevin McBride in 2005, but the reformed Baddest Man on The Planet hinted at fighting regularly again. 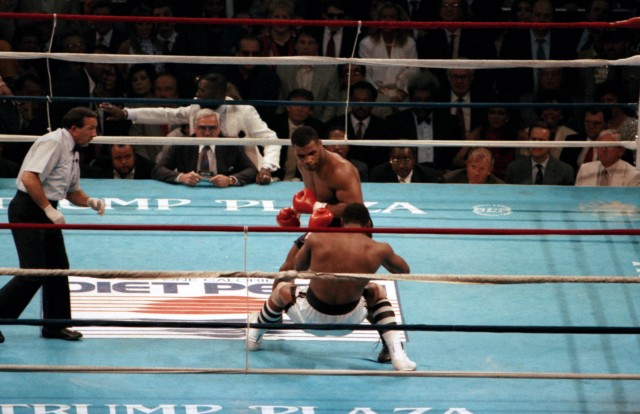 Tyson is preparing to box for the first time since 2005

Advertisement. Scroll to continue reading.
In this article:hewas, joerogan, royjonesjr