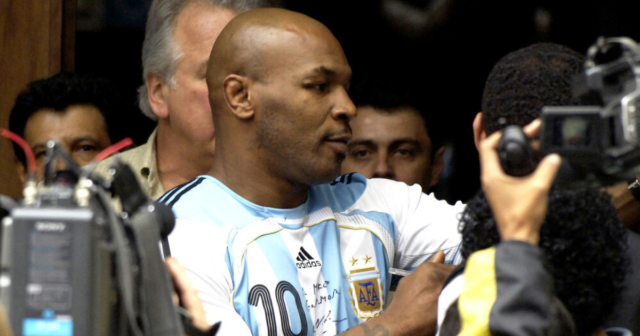 MIKE TYSON in 2005 wore a signed Diego Maradona jersey to taunt Brazilians during a court appearance.

The heavyweight legend was accused of assaulting cameraman Carlos Eduardo da Silva in a Sao Paulo nightclub that year.

As a result, he appeared in a Brazilian court and turned up in the shirt of their fierce footballing rivals Argentina – wearing the great Maradona on his back.

Tyson had met the former Barcelona star on a TV appearance in 2005 – potentially where he got the signed top which he wore to court.

Local reports even claimed Iron Mike – the youngest heavyweight champion ever at 20 – made ‘obscene gestures in front of television cameras’.

Tyson was told to return to court on March 7, but there is no suggestion the case was taken any further.

The alleged incident had come only five months after his retirement fight against Danny McBride, which ended after six miserable rounds.

But since then, Tyson has turned his life around after overcoming a battle with substance abuse and depression.

So much so, that in November 2020 the celebrated puncher, 55, came out of retirement for an exhibition bout with fellow American great Roy Jones Jr, 52.

It ended as a draw but has inspired Tyson to fight again, with rumours last year claiming he was in talks to face YouTuber Logan Paul, 26, or ex-opponent Lennox Lewis, 56.

Lewis beat an out-of-shape Tyson in 2002, and claimed Evander Holyfield, now 59, was his toughest opponent ever.

He wrote on Instagram: “People seem to be genuinely surprised when I tell them Evander Holyfield was my toughest opponent, not to be confused with my toughest fight, which was [Ray] Mercer.” 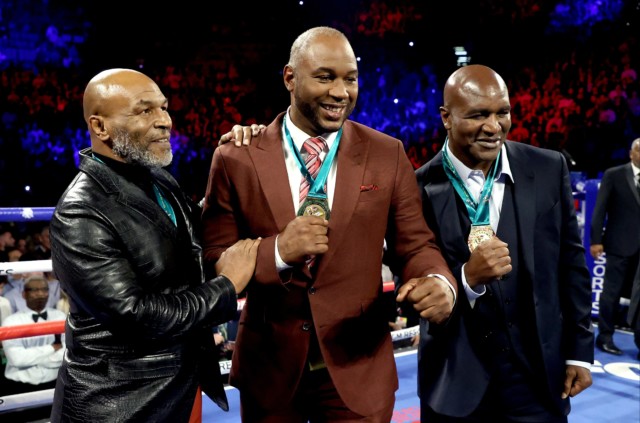