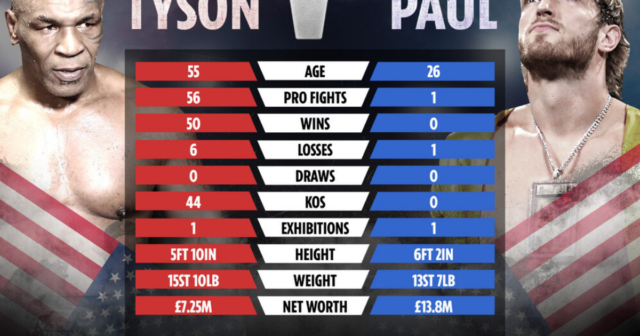 MIKE TYSON looks set to fight YouTuber Logan Paul next in one of the most surreal boxing fights of all time.

Tyson is one of the sport’s true legends, and was one of the most ferocious punchers ever.

That saw him secure 44KOs from his 50 wins as a pro, suffering six defeats.

And that was a defeat.

That was a rematch to their amateur scrap that ended in a majority draw.

Both Tyson and Paul have had one exhibition fight each. Tyson, made a stunning return to the ring to draw against fellow legend Roy Jones Jr in November 2020.

Paul, meanwhile, managed to survive eight rounds against one of the greatest in Floyd Mayweather in June this year.

But now the 26-year-old will be fighting someone his own size – Paul weighed in 2st 7lb heavier than The Money but was given a bit of a boxing lesson.

Tyson, 55, has been rumoured to be facing former nemesis Evander Holyfield or Lennox Lewis.

But according to Youtuber Keemstar – real name Daniel Keem – Tyson will fight Paul next.

Tyson is eager to fight once again and has been training hard to prepare for his next opponent.

He was hopeful of fighting again in September but has been made to wait until next year.

In an exclusive interview with SunSport Tyson said: “I am going to have a return fight in February and we are pretty sceptical about the opponent, but it will be a really stimulating opponent.” 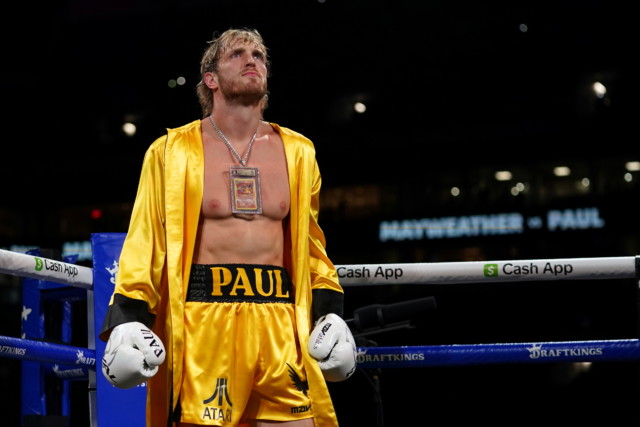