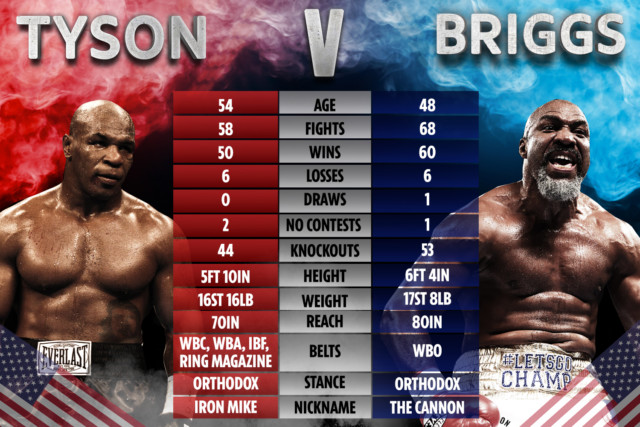 MIKE TYSON has been offered the opportunity to fight Shannon Briggs instead of Roy Jones Jr.

Legendary ‘Iron Mike’, 54, is preparing to fight for the first time in 15 years, having signed to box Jones, 51, in an eight-round exhibition.

The pay-per-view spectacle was shifted from September to November, with Iron Mike continuing to share viral training videos online.

With the power and physical disadvantage, Jones admitted he could well have ‘made a mistake’ by agreeing to fight Tyson.

Briggs, 48, responded by putting his name into the hat to take his place.

He wrote on Instagram: “They say Champ having second thoughts.

“Tag me in Champ! I am from Brownsville too. Never ran, never will. Let’s go champ.”

Jones had threatened to walk away from fighting Tyson after the event was pushed back two month before later agreeing terms to remain involved.

However, after Briggs’ proposal, SunSport details how the two heavy-hitters compare if they were to do battle at the combined age of 102.

Tyson retired in 2005, following back to back losses, against Danny Williams and then Kevin McBride.

The youngest heavyweight champ of all time was a shadow of himself, so much so in both defeats he sat on the seat of his pants and waited to be counted out.

In his years in retirement, Tyson overcame a battle with substance abuse and depression to become a successful cannabis farm owner as well well as hosting his own popular podcast.

But the reformed Baddest Man on The Planet found the inspiration to start training again, and quickly announced a comeback – insisting he is back to his most destructive self.

He said: “I feel unstoppable now. I feel the same again. The gods of war ignited my ego and want me to go to war again.” 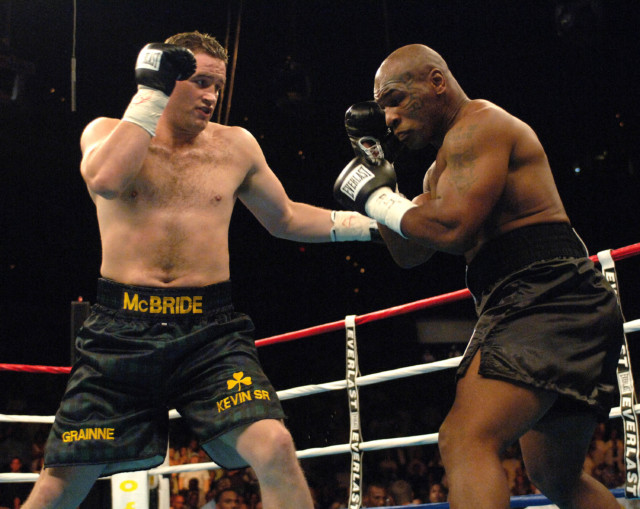 Mike Tyson retired in 2005 after losing to Kevin McBride

Tyson has been training under MMA coach Rafael Cordeiro, dramatically transforming his body, and revealed he would need just five weeks until he could fight again.

It’s clear the legendary puncher stills posses the destructive speed and power that won him the belt aged 20, with recent videos on the pads proving so.

But being fit to train and fit to fight are two completely different things – as explained by the man himself after his final loss.

Tyson said after being stopped against McBride: “I realised, I don’t think I have it anymore. I got the ability to stay in shape, but I don’t have the ability to fight anymore.”

Despite the harsh reality, Tyson is adamant he is in the shape of his life, and ready to turn back the clock.

He explained: “Six weeks of this and I’d be in the best shape I’ve ever dreamed of being in. As a matter of fact, I’m going through that process right now.” 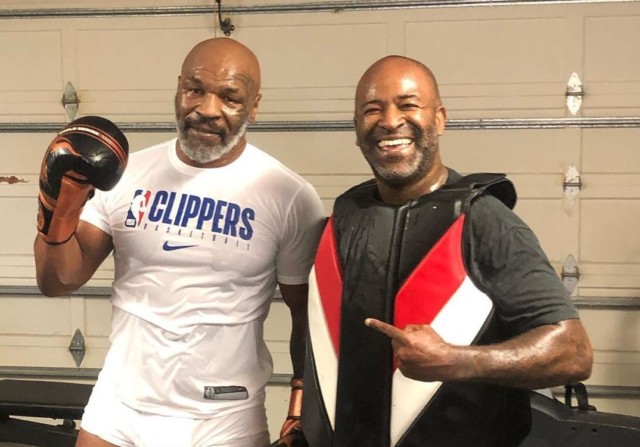 Briggs last fought in 2016, beating Emilio Zarate in London, before he targeted a grudge match against David Haye, which failed to materialise.

But after failing a drug test before challenging for the WBA ‘Regular’ title against Fres Oquendo in 2017, the 48-year-old has been out of the ring since.

‘The Cannon’ soon turned his hand to training, cornering YouTuber Logan Paul for his rematch defeat to KSI last November.

Afterwards Briggs then announced he would make a comeback, and penned a deal with Bare Knuckle Fighting Championship – who failed with a £16m bid to also sign Tyson.

Briggs has been training for his own return since the beginning of March, as he planned to box before making his BKBFC debut. 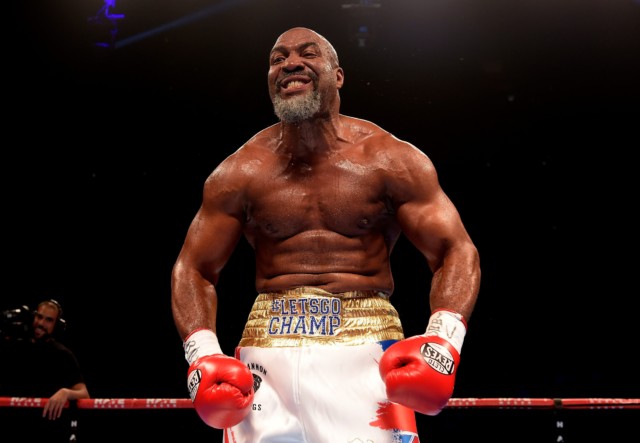 He has an 88 per cent KO ratio, with 37 in the first round, and Lennox Lewis – who beat Tyson in 2002 – revealed Briggs is the fastest and hardest hitting opponent he ever faced.

The loudmouth American had already claimed earlier in the summer he had agreed a deal to fight Tyson, saying on Instagram: “I just talked to Mike Tyson, it’s going down, me and Mike, we’re going to make it happen.

Whether or not we do get to see Briggs and Tyson go to war, Jones Jr has already started the kidology ahead of his clash with the ex-heavyweight king by insisting his opponent is the favourite to win.

He said: “He’s still Mike Tyson, he’s still one of the strongest, most explosive people who ever touched a boxing ring. 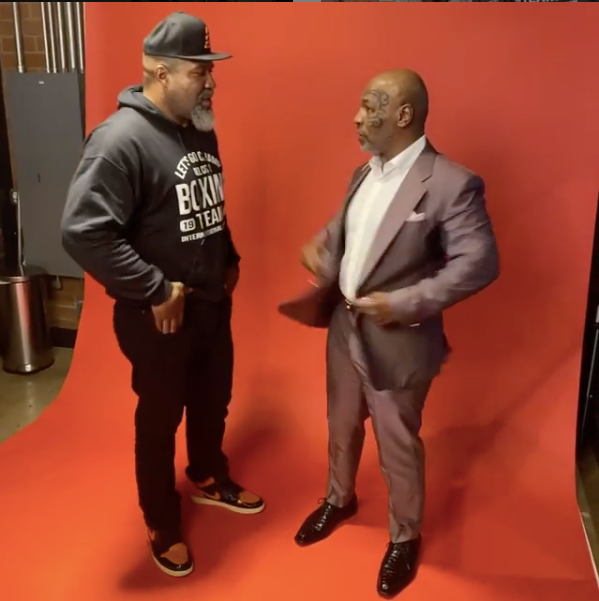