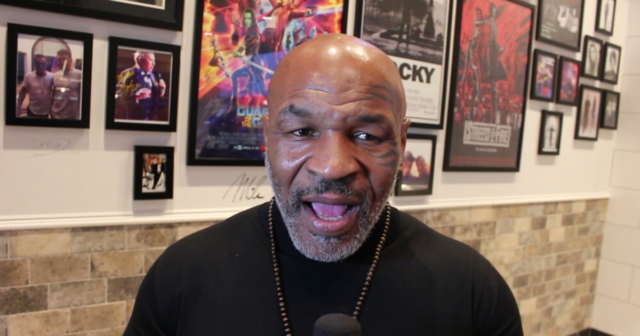 The former boxing world champ, who once boasted of smoking £33,000 of cannabis every month, called it a ‘wonder drug’.

He told SE exclusively: “Well I will tell you, once it is legalised in the UK, you wouldn’t have to worry about all these prescriptions drugs driving everybody nutty and committing suicide and all that stuff. That will stop immediately.

“Definitely half of it will be knocked out once the people from Great Britain get a chance to participate in what we are doing right now; the wonder medicine.”

Iron Mike was speaking at the unveiling of a statue of himself erected outside the Mulberry Pizzeria restaurant in Vegas.

The statue was erected by Resorts World President Scott Sibella Richie Palmer as a tribute to his close friend.

Tyson said the statue was a stunning surprise’ following his 35-year long friendship with Palmer when the New Yorker devoured pizzas at the restaurant chain’s Big Apple location. 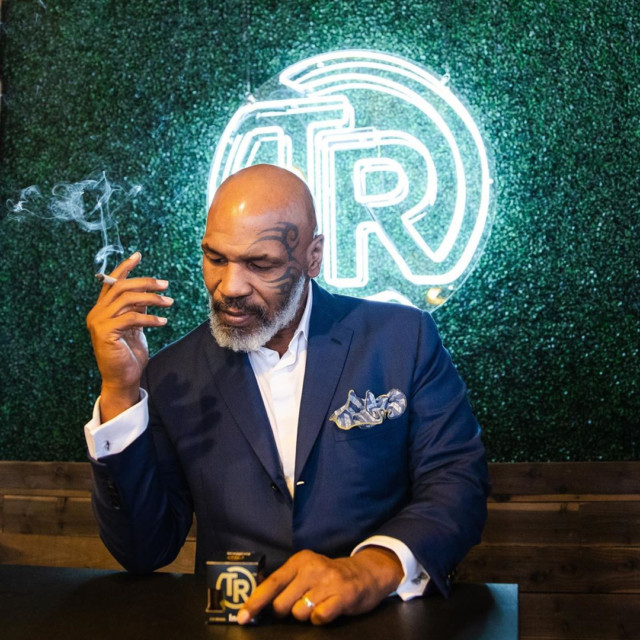 Iron Mike once boasted of smoking £33,000 of weed every month on his ranch

He stated: ” I had no idea… I am very humbled right now. I am truly grateful.”

The star did not chow down on his favourite Sicilian and Buffalo pizza, however, as he is in training for a February fight.

Tyson, 55, also revealed he was unaware that this year marks the 35th anniversary of him becoming the youngest heavyweight champion aged 20.

He said: “To be honest I don’t remember that night and most of my boxing career is a blur. And so I live this life now.”

Tyson has not forgotten how Las Vegas treated him during his record-breaking career, adding: “Listen, I made my name here in Vegas and listen, I am going to stay here in Vegas.”

The Baddest Man on the Planet shared the ring with Roy Jones Jr for a comeback last year and is poised to get back in the ring in February.

He added fuel to rumours that YouTubers Jake or Logan Paul could be his next opponent, saying: “I am going to have a return fight in February and we are pretty skeptical about the opponent but it will be a really stimulating opponent.”

Tyson runs a 40-acre weed farm and has been selling cannabis products, which are now legal in Nevada and California, since 2016 through his Tyson Holistic label. 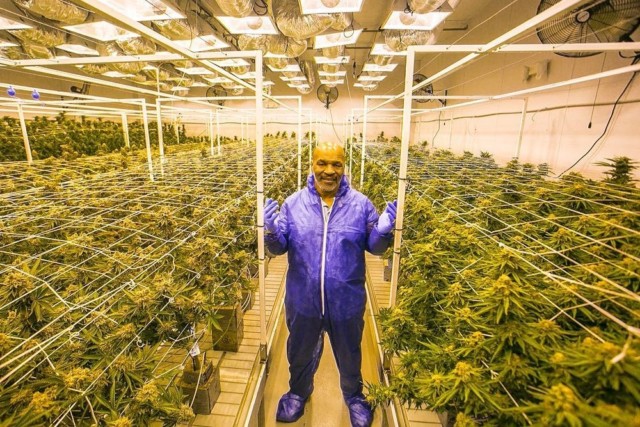 Tyson is believed to earn around £500,000-a-month through his cannabis business

The fighter is believed to earn a staggering £500,000-per-month through his business that offers premium marijuana strains, edibles and extracts, and that’s just the tip of the iceberg.

He is also building a 418-acre weed-themed holiday resort he hopes will be home to a music festival to rival Coachella, as well as the world’s longest lazy river.