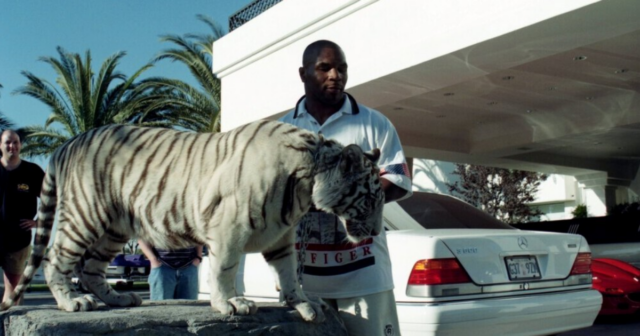 The boxing legend was convinced into buying the wild cat after coming out of prison in 1995 following a three-year stretch.

Mike Tyson with his pet tiger in 1989

The boxing legend is believed to have owned three white bengals

Tyson is believed to have had three Bengals, costing him over £50,000 each.

But according to his former boxing manager Shelly Finkel, he was forced to give up his beloved tigers due to one fateful walk.

Finkel, who SunSport spoke with in New York, recalled: “His house was between two houses in Vegas.

“And on the right side, facing the street was a famous Vegas performer. And on the left side was a businessman who had some dogs.

“Mike decided to walk one of his bengal tigers, he’s walking the tiger, and the tiger saw the dog and scales the wall to go and eat the dog.

“The man is looking out his window and sees a tiger coming over the wall to try and eat his dog and Mike is pulling him down.

“He gets him off the fence and that night Mike calls me and says, ‘Shelly, the ASPCA is here, I’m not allowed to keep cats in captivity, how do you think they found out?’

“That to me was my favourite story with Mike.”

Finkel managed Tyson right up until his retirement in 2005.

But their history dates back to when Iron Mike was a teenage amateur sensation.

And they first worked together in 1988 when Finkel brokered a closed-circuit pay-per-view deal for Tyson’s win over Michael Spinks.

He said: “It was one of of the greatest trips of my life. The adventures with Mike Tyson were phenomenal.”

Finkel was in touch with Tyson as recently as two years ago, when the boxing icon made a shock comeback.

Tyson, now 56, drew over eight exhibition rounds with Roy Jones, 53, and talk of a trilogy with Holyfield emerged.

Finkel remains managing, most notably with ex-WBC champ Deontay Wilder, 36, who is set for a return fight this year.

Whereas Tyson continues to train amid rumours he could fight YouTuber-turned prizefighter Jake Paul, 25, who is 30 years younger. 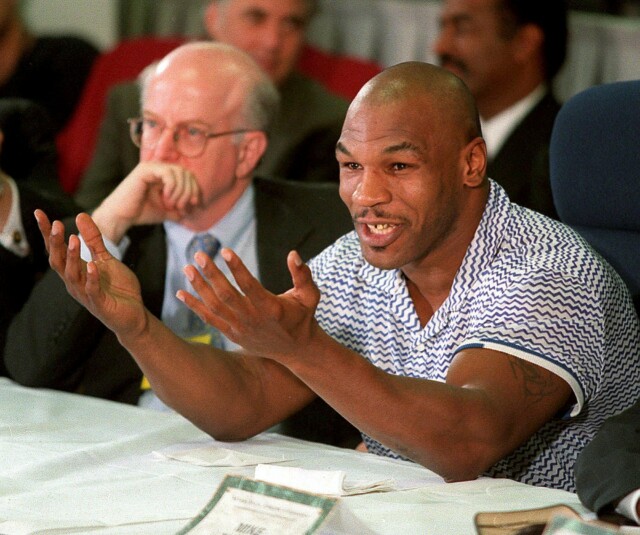