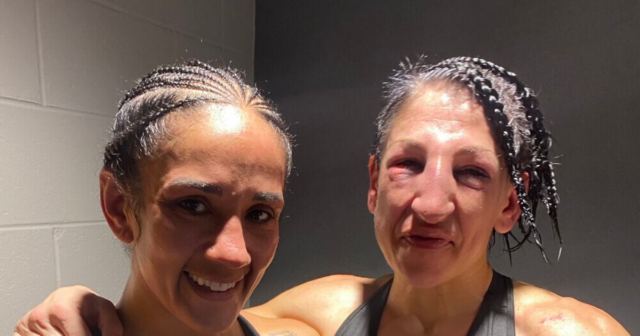 MIRIAM GUTIERREZ has been suspended INDEFINITELY following her gruelling war with Amanda Serrano. 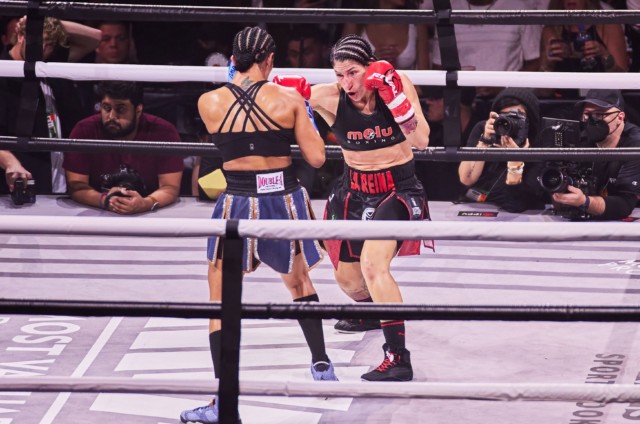 Gutierrez turned in a valiant display against the American but was left disfigured after taking a staggering 236 punches.

And the Florida State Athletic Commission has handed the 38-year-old an indefinite suspension.

Gutierrez will have to receive medical clearance from a doctor before she’s eligible to compete in the United States again.

Despite suffering such a lopsided defeat to the seven-weight world champ, Gutierrez was in good spirits after the fight.

She wrote on Instagram: “Proud to fight with a great #boxer @serranosisters and @ jordan.thedon are incredible and have been able to enjoy and fight with her!!!

“Respect and passion for the same sport #boxing and fighting with the best we advance.

The following day she added: “This girl is amazing @serranosisters !!!! I wish him all the luck in the world in all his projects and future fights!

“It’s amazing inside the #ring and outside! A #honor to fight with her and #know her and her team @jordan.thedon and @jakepaul for counting on us for a great #event, enjoy and have a great time.”

She said: “We are both pound-for-pound top three. Some people have me at two or three.

“It doesn’t matter how you look at it. Two pound-for-pound girls going at it. 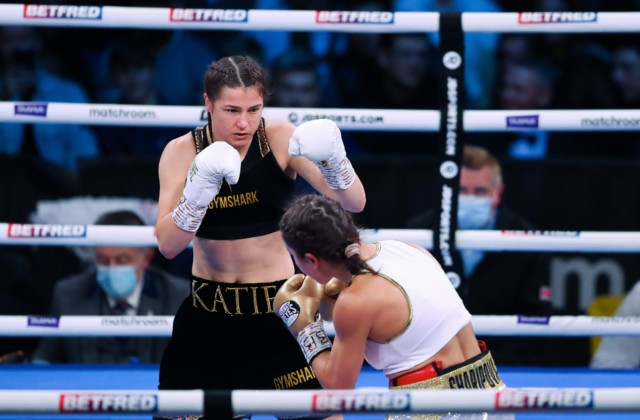 “You have an undisputed champion and a seven-division world champion going after each other.

“That’s the mega fight that will blow off the roof. We’re looking at Madison Square Garden, the main (room). It’s going to be an amazing night.”