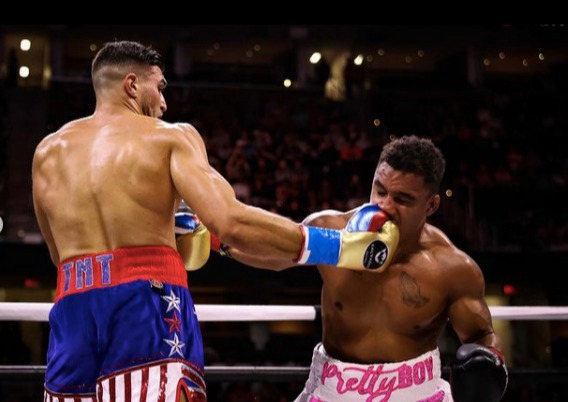 MOLLY-MAE HAGUE hailed her ‘champion’ boyfriend Tommy Fury, who dedicated his latest win to his girlfriend and Love Island co-star.

Molly-Mae was forced to watch her man from home after being unable to fly to Cleveland to be ringside. 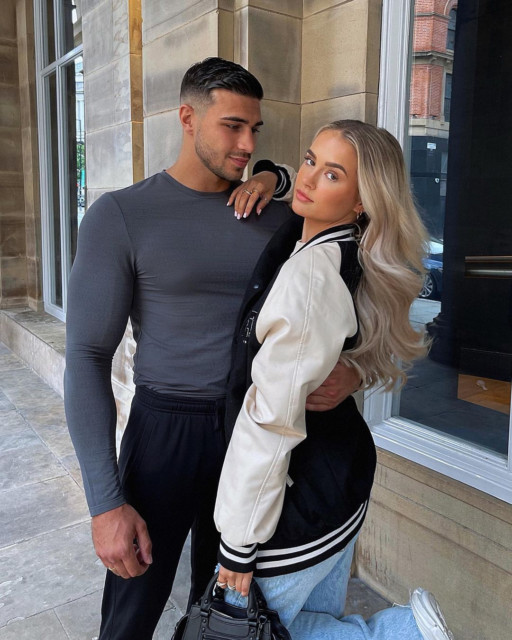 But she did so with a smile after Fury convincingly outboxed MMA fighter Anthony Taylor over four rounds.

The British light-heavyweight did so on Jake Paul’s undercard in what was his American debut.

But Fury was quick to shout out his loved ones not in attendance, most notably Molly-Mae.

He said: “Dad, Molly, wish you could be here tonight, but that was for you.

“We’re learning, we’re building, we’re going to keep winning and hopefully you can be here next time.

“But I love you both, take it easy, shoutout to everybody and God bless.”

Taylor, 32, has been Paul’s chief sparring partner for the YouTuber’s last two fights.

And he proved awkward and times for Fury, who was unable to get the knockout thanks to the holding and unorthodox style of his American opponent.

Still the reality TV star moved to 7-0 and used the uneventful display to entice and convince Paul, 24, into a grudge match.

Fury, 22, said: “Looking at that, Jake Paul, you should have an easy night mate, shouldn’t you?

Fury already signed a two-fight deal with US powerhouse Showtime before he made his Stateside debut.