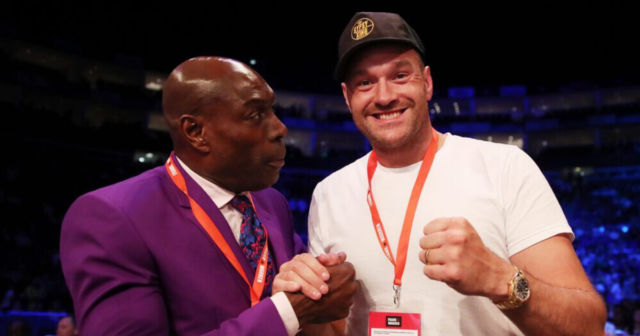 FRANK Bruno today crowns Tyson Fury as the most inspirational sports star on the planet.

He tells how the Gypsy King is now following in his own legendary footsteps — both in and out of the ring.

In an exclusive interview to mark turning 60, Frank says Tyson has taken on the mantle of being Britain’s best heavyweight boxer, but deserves even more credit for his work championing mental health awareness in troubled youngsters.

And Frank says his friendship with Tyson is even helping him to win his own battle with mental health problems after years of trying to overcome his demons.

Frank — who celebrates his landmark birthday today — told SE: “I’ve seen a lot over my 60 years but witnessing the way Tyson has turned his life around may well top the lot.

“Nobody has done more in the past few years to raise awareness of mental health problems than Tyson. He’s the most inspirational sports star on the planet in my book.

“We’ve both had difficult days but it has made us great friends and I am now seeing first-hand how Tyson is truly on a mission, inside and outside of the ring, to help others.

“Tyson has told me he even wants to try and find a cure for mental health problems one day so others don’t go through what we have. And I’d back him to do it. I’d trust Tyson more than most of the politicians around these days.”

With a steely look, Frank added: “I am determined to carry on fighting to smash down stigma until the day I die. But it’s reassuring to know Tyson will be there carrying the baton for many years after that.”

It is typical heart-on-his-sleeve, no-nonsense stuff from Frank, who is still adored by the nation, 25 years after he retired from boxing.

In 1995, the year before he quit the ring, he defeated Oliver McCall at Wembley to win the WBC Heavyweight Championship, which is still ranked among British sport’s greatest moments.

As well as a glittering career which saw him win 40 out of 45 fights, he has also become a national treasure for his career on stage and screen.

A poll in 1996, the year he retired, ranked him the second most popular Briton, behind Princess Diana. But five years after retiring, Frank was diagnosed with bipolar disorder and his life unravelled.

The illness has since seen him sectioned — detained as a psychiatric hospital inpatient — four times, most recently last summer.

Now he is planning to open a string of mental health centres to help those who have gone through similar struggles.

Frank says: “The last 12 months have been probably the hardest in my life. Last summer I couldn’t have put my hand on my heart and said I’d have been out of hospital to celebrate my birthday.

“I thought I had things under control but Covid and lockdown just pulled the rug from under my feet. I struggled to cope with being locked down and losing friends from Covid.

“I had to reset and get better. And I did. But if getting my freedom back and turning 60 has shown me anything it is that there is still so much to be fighting for.

“I’ve got a lot I still want to do. But it is not about belts or titles now. It is about supporting others.”

It is that determination which has led Tyson, who also suffers from bipolar, to bond with Frank in a unique way. The pair regularly talk privately about their illness and discuss coping strategies.

They also both run their own charity foundations. Before Tyson flew out to face Deontay Wilder in Las Vegas last month, Frank spent a day with the 33-year-old at a new centre that Tyson is opening in Morecambe, Lancs.

And when he got back, Tyson was one of the first people on the phone to wish his buddy well at turning 60. Frank said: “I got a video message from him.

“I think Tyson’s been relaxing and enjoying himself since he got back from the Wilder fight. But good luck to him, he deserves a break. But Tyson won’t be sitting still for long. He’s not cut that way.”

Frank feels the same about Britain’s former Olympic and world champ Anthony Joshua, who has barely been seen since his brutal defeat by Ukrainian powerhouse Oleksandr Usyk in September.

AJ’s defeat means the planned superfight with Tyson that fans were looking forward to now hangs in the balance.

But Frank, who won his own world title at the fourth attempt, is backing 32-year-old AJ to recover and thinks he will eventually fight pal Tyson.

He said: “This isn’t the end of the AJ story. Sometimes in life you have to lose to win. I know that better than most.

“Anthony now needs to keep a level head, work hard and come back. I think he’s still got the fire in his belly and he’ll want to prove a few people wrong by coming back stronger. If I can help in any way I’d love to. He just needs to call me.

“AJ will also want to fight Tyson and prove he’s the best fighter in the world — but that part won’t be easy!” Despite his age, Frank, who still trains daily, is regularly offered the chance to return to the ring.

In the past year alone, he has been offered potentially lucrative deals to take part in exhibition bouts against Evander Holyfield and Riddick Bowe.

But Frank, who suffered an eye injury in his final fight against Mike Tyson in 1996, is not tempted.

He said: “One more punch to the eye could blind me, so I won’t be going there. I want to see my grandchildren grow up. I’m still fit and I will always miss the buzz of boxing, but I’ve had my time.”

However, the prospect of doing battle on the dance floor is a different matter. Frank said: “I think I’d be OK on Strictly. I’ve loved music from the day I was born and when I’m not in the gym I’ll be on the decks and love a bit of DJing.

“Apparently I’m not a bad mover so I think I’d enjoy the show — plus, they wouldn’t have to spend much on a spray tan.”

He added: “I’d opt for that over I’m A Celeb. I hate snakes and don’t fancy eating kangaroo balls. I’d rather have a nice steak and some garlic.”

Frank’s friendship with legendary boxing commentator Harry Carpenter remains one of the joys of his life. It led to his infamous “Know what I mean, ’Arry?” catchphrase, which people still shout at him every day, Frank says.

It is 11 years since Harry died, but earlier this year Frank was moved close to tears when he discovered a previously unseen interview that he had given to the BBC icon.

It forms part of Frank’s new life story, 60 Years A Fighter. He says: “I still think about Harry a lot. He was a gentleman, a diamond who helped me inside and outside the ring more than he could ever know. He played a massive part in my life.”

Last Friday Frank marked his milestone birthday with a celebratory ball, raising money for his charity, The Frank Bruno Foundation.

‘DUST YOURSELF DOWN AND GO AGAIN’

Among those to send tributes were Piers Morgan, Wayne Rooney and Stephen Fry. And his old fighting foe Mike Tyson even sent a happy birthday message via video.

Despite being rivals in the ring, Frank says the pair are now more like brothers. He added: “Mike’s misunderstood. We met up last year and it was great to just talk about old times.

“He’s mellowed a hell of a lot — that might be because he runs a cannabis farm in America! He may have been the baddest man on the planet for a long time but he’s just a grandad like me now.”

And for Frank, who is reportedly dating Scottish hairdresser Nina Coletta, mental health campaigning, family and staying fit and healthy are the priorities now.

He said: “I wouldn’t change a single day of the last 60 years. Even the difficult ones happened for a reason. They make you stronger. You have to dust yourself down and go again.

“I’ve been very lucky. I’ve met kings and queens but I’m just a normal geezer and no better than anyone else — know what I mean?” 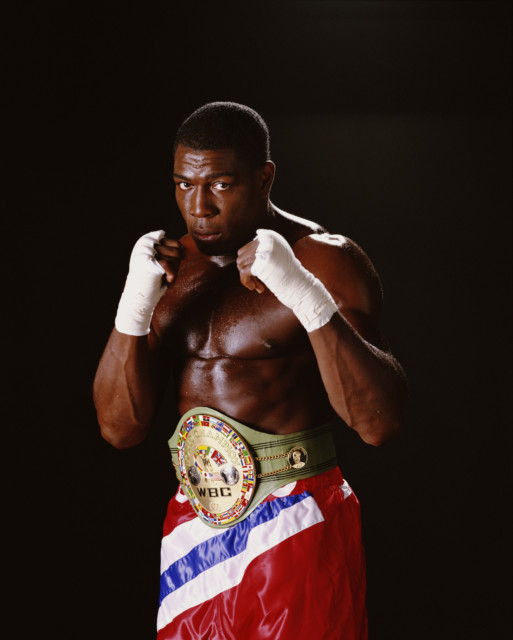 Frank as the WBC champion pictured in 1995 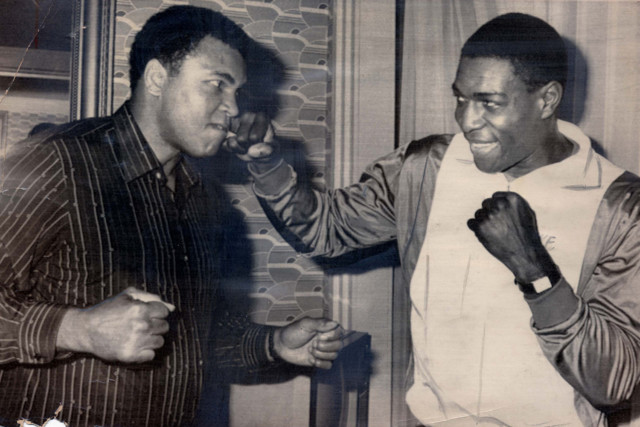 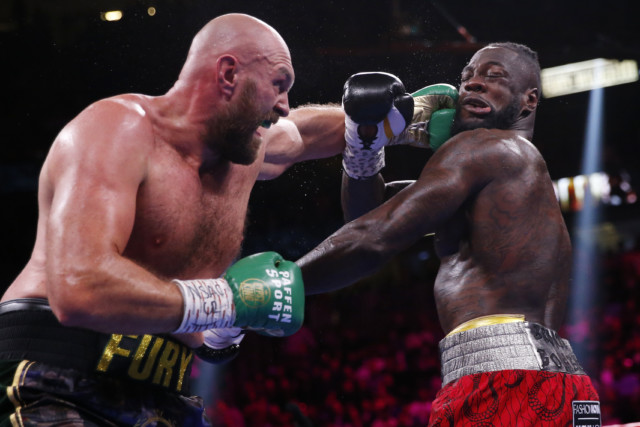 Tyson Fury pictured in his third bout with Deontay Wilder 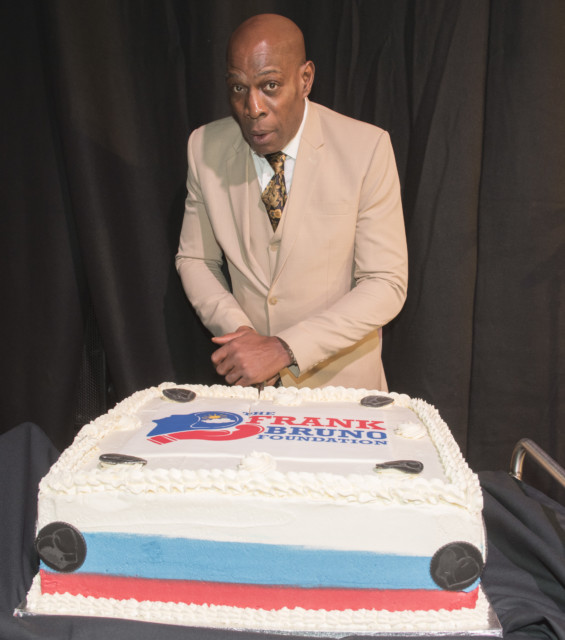