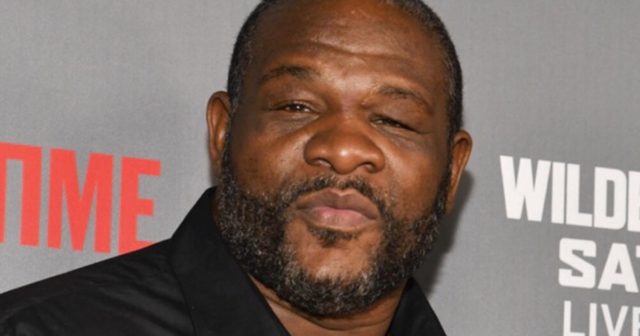 Bowe, a former undisputed heavyweight champion, first retired in 1996, but made a comeback eight years later.

He won his three return fights, the last of which in 2008, before hanging up the gloves again but did lose in his kickboxing debut in 2013.

Odom, who retired from basketball in 2014, recently won a scrappy exhibition against pop singer Aaron Carter, 33.

It was under the Celebrity Boxing banner headed up by Damon Feldman, the brother of Bare Knuckle Fighting Championship owner David.

And Feldman told TMZ Sport that he has signed up Odom, 41, and Bowe, 53, to fight on October 2 in Miami, Florida.

On the undercard, Also, Paulie Malignaggi will face social star Corey B, after months of the pair feuding online.

Malignaggi, who provided commentary for Odom’s weird win over Carter, had chalk thrown over him by Corey B while ringside.

And that has somehow led to the duo fighting on the undercard of Bowe’s comeback.

That is despite Malignaggi’s career as a former two-weight champ, while Corey B has never boxed before in his life.

Bowe will be the latest boxing legend to have returned to the ring, following the likes of Mike Tyson, 55, and Oscar De La Hoya, 48.

Tyson drew in an eight-round exhibition with Roy Jones Jr, 52, in November, his first fight in 15 years, and inspired Bowe as well as Evander Holyfield, 58, to start training again.

De La Hoya – battered into retirement by Manny Pacquiao in 2009 – returns on September 11 against ex-UFC champion Vitor Belfort, 44, in a professional bout.